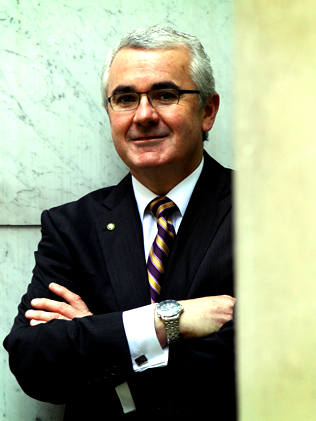 A federal MP has accused coal exporters of using faked reports on the cleanliness of their coal.

Independent federal MP Andrew Wilkie claims coal exporters have been lying about the quality of Australian coal to boost profits and ensure their exports are accepted.

He said a coal executive had leaked “thousands of pages” of documents to him, which allegedly reveal coal companies in Australia have been using “fraudulent” quality reports for their exports and even bribed overseas officials to keep the matter secret.

“This has allowed them to claim, for years, that Australian coal is cleaner than it is, in order to boost profits and prevent rejection of shipments at their destination,” Mr Wilkie said in parliament.

“The fraud is environmental vandalism and makes all the talk of net zero emissions by 2050 a fiction.”

He also accused the Australian Securities and Investment Commission of failing to act on reported fraud, even after coal-testing giant ALS referred itself to police in 2020.

ALS admitted that up to half of its certificates had been “manually amended without justification”, but said it had found no evidence of bribery.

Mr Wilkie says the government must launch an inquiry into the claims of fraud.