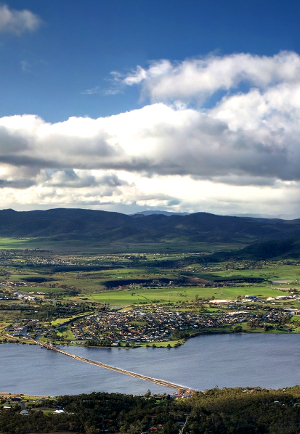 Experts are calling for the establishment of a worldwide river observing system.

Scientists have reviewed the current understanding of carbon fluxes in the world’s river networks, and demonstrated the waterways’ central role in the global carbon cycle.

The recognition of global-change impacts on river ecosystems emphasises the need to better understand and predict the role of rivers for large-scale carbon fluxes from land to the atmosphere to the ocean.

Professor Tom Battin of French university EPFL brought together a dozen experts in the field to contribute to the article.

For the first time, their research combines the most recent data to demonstrate the critical importance of river ecosystems for global carbon fluxes – integrating land, atmosphere and the oceans.

“A priority for the research community is the development of integrated global field campaigns to resolve problems with scaling laws and unify the scales of ground and satellite observations in small and large rivers,” said Dr Rosentreter.

The proposed global RIOS is similar to those existing for terrestrial (such as ICOS138), lake (such as GLEON139) and marine (such as Argo floats140) domains.

Currently there is a bias towards temperate rivers, with poor coverage of tropical, high-latitude and high-altitude rivers.

River networks represent the largest biogeochemical nexus between the continents, ocean and atmosphere.

Rivers and streams are flowing waters that transfer and process organic and inorganic material between the land, ocean and atmosphere. Rivers and streams are amongst the most heterotrophic ecosystems on Earth. This means they take up complex organic compounds of nitrogen and carbon for metabolic synthesis. Ultimately, they discharge some of this material to the coast and continental shelves.

“Rivers are not just ‘pipelines’ to the ocean. They are ‘biogeochemical reactors’ that break down organic carbon that they receive from the land and emit some of this as greenhouse gases to the atmosphere,” Dr Rosentreter said.

Rivers also bury some of this carbon in their sediments. River networks are affected by climate and global change.

“We need to understand how global climate change and human impacts will change the sinks and sources of carbon in rivers in the future. In this review, we present a global-scale assessment of river ecosystem metabolism, which is the balance of the energy flow in and out of rivers and streams. We show that rivers are amongst the most heterotrophic ecosystems on Earth.”

CO2 emissions from rivers are much higher from river networks in the tropics than in temperate or cold regions. The carbon export to the ocean is therefore also increased in the tropics which can affect the health of coastal and ocean waters, such as the Great Barrier Reef here in Australia.

“River flow is important for the overall carbon balance in rivers. Some rivers go partially dry during the year, like here in Australia. These changes in water level and flow greatly affect river metabolism and greenhouse gas emissions,” Dr Rosentreter said.