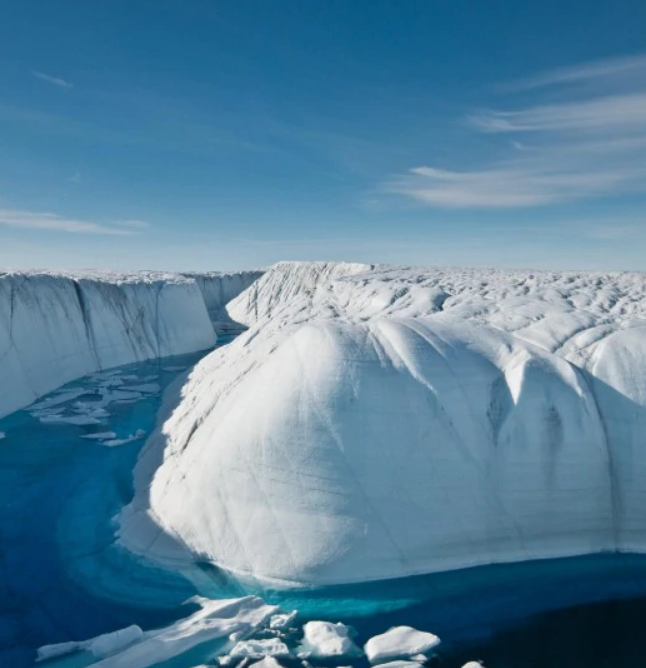 The Greenland Ice Sheet is now at its warmest in over 1,000 years.

Recent temperatures on the Greenland Ice Sheet are the warmest they have been in the past 1,000 years, a reconstruction of central-north Greenland temperatures from the year 1100 to 2011 suggests.

The findings indicate that between 2001 and 2011, the ice sheet was on average 1.5°C warmer than during the 20th century.

The Greenland Ice Sheet has an important role in the global climate owing to its size, radiative effects and storage of freshwater.

Weather stations around the edge of the ice sheet have indicated that its coastal regions are warming, but the understanding of global warming effects in the centre of the ice sheet is limited owing to the absence of long-term observations.

The only multisite ice core record from the region, taken from the North Greenland Traverse, ended in 1995.

Researchers from the Alfred-Wegener-Institut in Germany redrilled ice cores from five of the sites analysed in the North Greenland Traverse to reconstruct central-north Greenland temperatures between AD 1100 and 2011.

The authors suggest that recent temperatures in central-north Greenland are higher than in the previous 1,000 years.

They propose that these temperatures may arise from a combination of natural variability and a long-term warming trend apparent since the 18th century as a result of anthropogenic climate change.

The authors note that this warming has been accompanied by an increase in meltwater runoff, which demonstrates the impact that anthropogenic warming is having on central-north Greenland and which may accelerate the rate at which further ice is lost from the sheet.