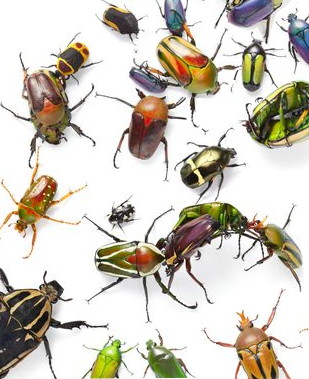 Scientists have mapped the evolution of a female insect with a ‘penis’.

A new study focuses on a species of cave insect from Brazil called Neotrogla.

These bugs are intriguing to science, as they are a relatively rare case in which the females have a ‘gynosome’ (female penis).

The insects developed their gynosome muscles to allow them to penetrate the vagina-like genitalia of males during sex, according to scientists.

The researchers used a micro-CT scan to compare the anatomy of the insects with their closest relatives.

They discovered two groups of novel muscles related to the protrusion and retraction of gynosomes. These muscles were also observed in species having a primitive, nonprotrutable gynosome (prepenis).

This strongly suggests that evolution of these muscles preceded the acquisition of the protruding function of the gynosome, originally having a putative stimulatory function to receive nutritious semen.

That is, the muscles may have originally served to allow females to stimulate males so they would release semen during sex, providing the females with a nutritious semen snack, the researchers say.