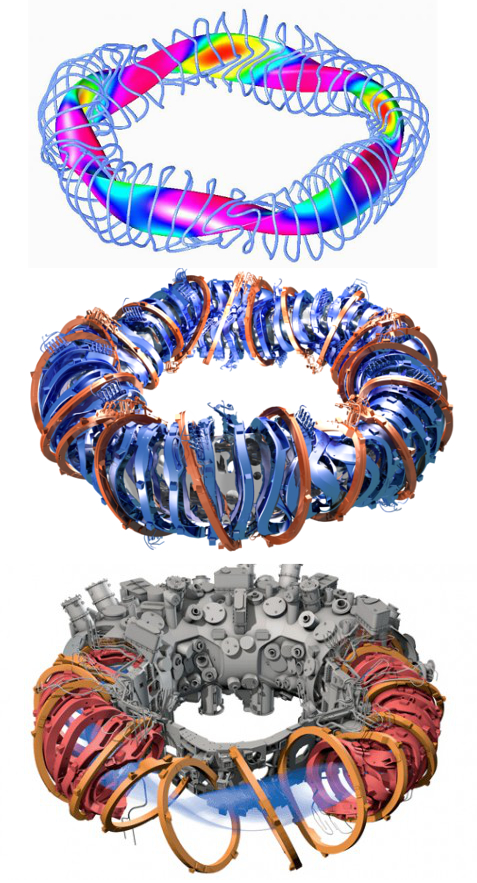 German engineers are about to take the next step toward what could be the future of energy systems.

Nuclear fusion – the much-hyped, heavily-criticised, once-considered-just-theoretical energy source- is not only possible, but could soon become viable.

On December 10, experts at the Max Planck Institute for Plasma Physics (IPP) in Germany will generate the first plasma inside the Wendelstein 7-X fusion device.

The experiments will begin by creating a plasma consisting of the noble gas helium, before moving on to hydrogen gas early next year.

After nine years of construction and more than one million installation hours, the main assembly of Wendelstein 7-X was completed in April 2014.

Since then, preparations for operation have seen the technical systems tested one by one – the vacua in the cryostat and the plasma vessel, the cooling system, the superconducting coils and the magnetic field produced by them, the control system as well as the heating and measurement devices.

Subject to the operating licence being granted, the first plasma has been scheduled for 10 December 2015.

“We will start with a plasma of the noble gas helium and change, next year, to the actual object of investigation, a hydrogen plasma,” says project leader Professor Thomas Klinger.

“In helium the plasma state is easier to achieve. Moreover, we can use the helium plasmas to clean the surface of the plasma vessel.”

The first hydrogen plasma will follow at the end of January 2016.

There are two designs for nuclear fusion reactors gunning for viability as energy generators – ‘stellarators’ (like Wendelstein 7-X) and ‘tokamaks’.

Currently, only a tokamak such as the ITER international test reactor is trusted to produce an energy-supplying plasma.

In the upcoming tests, Wendelstein 7-X (the largest stellarator-type fusion device in the world) will not produce energy. The plant is only expected to prove the suitability of the stellarator concept for a power station.

Wendelstein 7-X is expected to put, for the first time, the quality of plasma confinement on an equal footing with those of a tokamak.

With discharges lasting up to 30 minutes, it should demonstrate the main advantage of stellarators - their ability to operate continuously, as opposed to the pulsed operation of tokamaks.