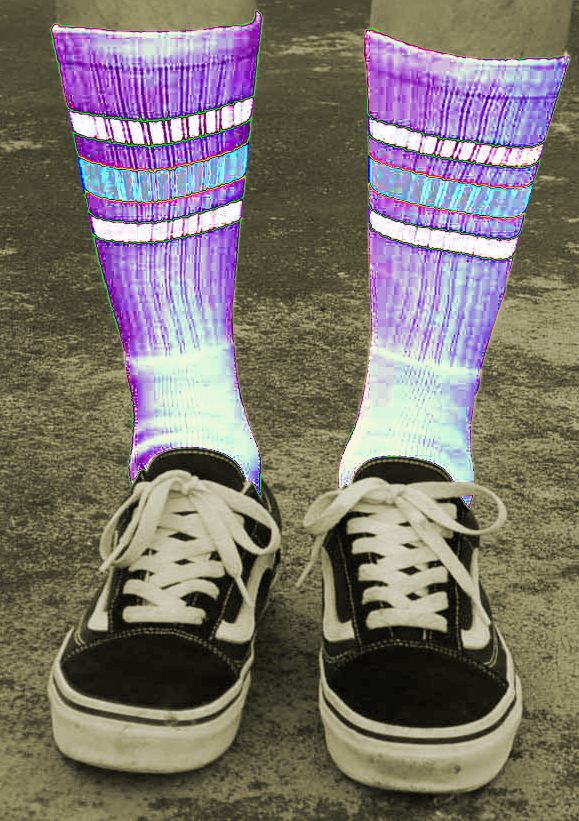 Researchers have unveiled a pair of high-tech socks that turn urine into power.

The system was used in a recent experiment to power a wireless transmitter to send a signal to a PC.

It marks the first self-sufficient system powered by a wearable energy generator based on microbial fuel cell technology.

Miniaturised microbial fuel cells (MFCs) are embedded within a pair of socks and supplied with fresh urine, which is circulated by the human operator walking.

Normally, continuous-flow MFCs would rely on a mains-powered pump to circulate the urine over the microbial fuel cells, but this experiment relied solely on human activity.

The manual pump used the action of walking to force the urine to pass over the MFCs and generate energy.

Soft tubes, placed under the heels, ensured frequent fluid push-pull by walking. The wearable MFC system successfully ran a wireless transmission board, which was able to send a message every two minutes to the PC-controlled receiver module.

“This work opens up possibilities of using waste for powering portable and wearable electronics,” says lead researcher Professor Ioannis Ieropoulos, of the Bristol BioEnergy Centre at the University of the West of England (UWE Bristol).

“For example, recent research shows it should be possible to develop a system based on wearable MFC technology to transmit a person's coordinates in an emergency situation. 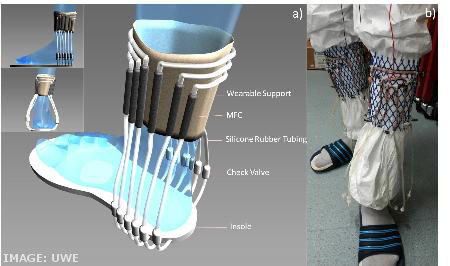 “At the same time this would indicate proof of life since the device will only work if the operator's urine fuels the MFCs.”

Microbial fuel cells (MFCs) use bacteria to generate electricity from waste fluids. They tap into the biochemical energy used for microbial growth and convert it directly into electricity. This technology can use any form of organic waste and turn it into useful energy without relying on fossil fuels, making this a valuable green technology.

The Centre has recently launched a prototype urinal in partnership with Oxfam that uses pee-power technology to light cubicles in refugee camps.