Ten ways humanity got it right this year 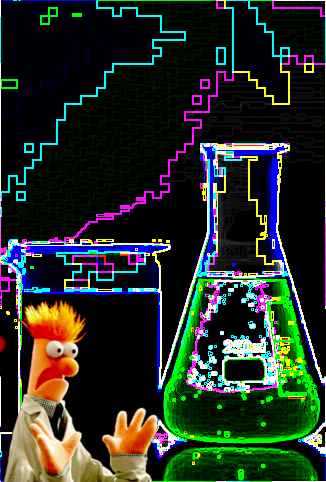 The journal Science has picked its top ten scientific achievements of the year, highlighting some incredible breakthroughs of 2014.

In a year marred for many by growing violence, discontent, suffering and inequality, it is vital to remember that a steady stream of developments and breakthroughs continues as well.

From the mind-boggling to the mildly concerning – this year’s revelations prove that human progress is constant, inevitable and always evolving.

Science’s top pick was the truly astonishing effort to land a probe on a passing comet.

Rosetta and its lander module Philae made headlines in November, when Philae touched down on the surface of a comet speeding through space at tens of thousands of kilometres per hour.

The landing was rough and Philae’s final resting place imperfect, but the fact that a probe launched ten years ago has now landed successfully on a comet demands astonishment and the utmost respect.

Data from the two probes is already shedding new light on the formation and evolution of such comets.

“The whole Rosetta mission is the breakthrough. It's giving scientists a ringside seat as a comet warms up, breathes, and evolves,” said Tim Appenzeller, news editor of the journal Science.

The journal's pick of nine other major scientific achievements of 2014 is, in no particular order, available below.

The Dinosaur-Bird Transition: This year, a series of papers that compared the fossils of early birds and dinosaurs to modern birds revealed how certain dinosaur lineages developed small, lightweight body plans, allowing them to evolve into many types of birds and survive the Cretaceous-Paleogene Extinction about 66 million years ago.

Young Blood Fixes Old: Researchers demonstrated that blood from a young mouse--or even just a factor known as GDF11 from young mouse blood--can rejuvenate the muscles and brains of older mice. The findings have led to a clinical trial in which Alzheimer's patients are receiving plasma from young donors.

Getting Robots to Cooperate: New software and interactive robots that, for example, instruct swarms of termite-inspired bots to build a simple structure or prompt a thousand quarter-sized machines to form squares, letters, and other two-dimensional shapes are proving that robots can work together without any human supervision after all.

Neuromorphic Chips: Mimicking the architecture of a human brain, computer engineers at IBM and elsewhere rolled out the first large-scale "neuromorphic" chips this year, which are designed to process information in ways that are more akin to living brains.

Indonesian Cave Art: Researchers realized that hand stencils and animal paintings in a cave in Indonesia, once thought to be 10,000 years old, were actually between 35,000 and 40,000 years old. The discoveries suggest that humans in Asia were producing symbolic art as early as the first European cave painters.

Manipulating Memory: Using optogenetics--a technique that manipulates neuronal activity with beams of light--researchers showed that they could manipulate specific memories in mice. Deleting existing memories and implanting false ones, they went so far as to switch the emotional content of a mouse memory from good to bad, and vice versa.

CubeSats: Although they've been blasted into space for more than a decade now, cheap satellites with sides that are just 10 centimetres squared, called CubeSats, really took off in 2014. Once considered educational tools for college students, these miniature satellites have started to do some real science, according to researchers.

Expanding the Genetic Alphabet: Researchers have engineered E. coli that harbors two additional nucleotides--X and Y--in addition to the normal G, T, C, and A that make up the standard building blocks of DNA. Such synthetic bacteria can't reproduce outside the laboratory, but they may be used to create designer proteins with "unnatural" amino acids.

More details are available in the following video.