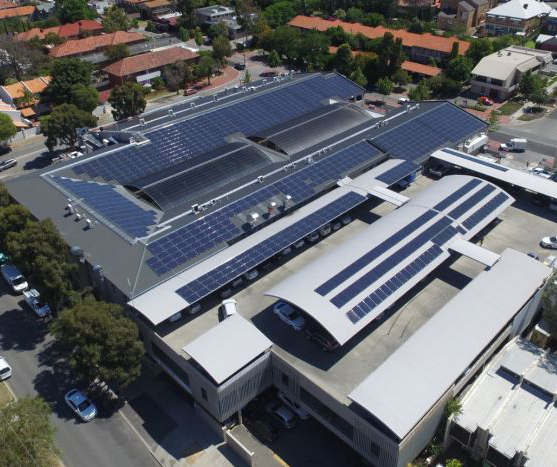 Analysis commissioned by the Australian Conservation Foundation has looked at what would happen if solar panels were installed on the roofs of public buildings.

The study was undertaken by the School of Photovoltaic and Renewable Energy Engineering (SPREE) at the University of New South Wales (UNSW).

The experts say schools, hospitals, prisons and libraries in Brisbane, Cairns, Townsville, Logan and Gladstone have a collective 727,574 square metres of rooftop solar potential – capable of producing 150 megawatts across half a million solar panels.

Public schools would provide about half of that space, and given that they have high demands during the day (unlike homes), they would essentially be powering themselves.

Jason Lyddieth from the Australian Conservation Foundation says the Queensland Government has a “huge opportunity”.

“If public buildings in just five local government areas have 45 football fields' worth of rooftops that are suitable for solar, just imagine how much potential there is across the state,” he told the ABC.

“The State Government has [the opportunity] to increase the supply of clean, low-cost electricity to meet the daily energy needs of schools, hospitals and other essential services.”