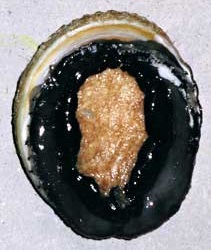 A class action continues in the Victorian Supreme Court, where a group of 88 members of the abalone farming industry are suing the State Government.

The group is claiming the Victorian Government was negligent in not preventing a water-borne disease which decimated abalone stocks worth tens of millions.

The case stems from one fish farm in Port Fairy, which is believed to have been the site where a virus known as Ganglioneuritis took hold in 2006. The farm operated by bringing in fresh seawater to swamp the abalone living inside, water was constantly expelled back to the ocean and replaced with fresh supplies.

The 88 parties in the class action say the infection was pumped from the site and delivered to the wild abalone stocks along the Victorian coast, decimating the industry. They say that as the biosecurity regulator for the industry, the Victorian Government was negligent in not monitoring and shutting down the farm as soon as the disease was detected.

Ganglioneuritis affects abalone by attacking their nervous system, making them too weak to cling to their rocks on which they live.

The impact on the industry from the infection in 2006 is still being felt today; abalone farmers in the western part of the state say their catch has fallen by 80 to 90 per cent. Others say licences that were once worth $6 million to $8 million can now be sold for only about $830,000.

The virus was discovered for the first time in the country by a student of Associate Professor Rob Day, a marine ecologist at Melbourne University.

The plight of the daring abalone hunters will continue.