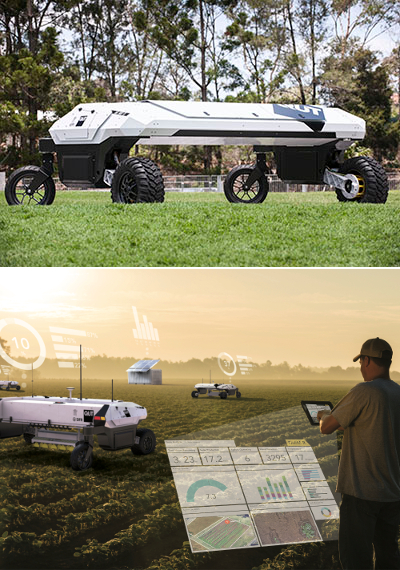 Queensland roboticists say they can save the farming sector over $1 billion a year.

The Queensland University of Technology (QUT) has demonstrated its fully-autonomous, solar-powered agricultural robot Agbot II, which could reduce the cost of weeding crops by around 90 per cent.

Agbot II’s sensors, software and other electronics enable it to navigate through a field, detect and classify weeds and then kill them either mechanically or chemically. The robot can also be used to apply fertiliser.

“In future versions, the robots could also feed back data on such things as soil and crop health and the state of diseases as they conduct their operations,” said Professor Tristan Perez, leader of QUT’s agricultural robotics program.

“The cutting edge robotic vision gives Agbot II the ability to spot-spray selected weed species and use mechanical tools to remove other weeds species that are herbicide resistant.

“To date, we have concentrated on the three weeds that are relevant to Queensland: volunteer cotton, sow thistle and wild oats, and the vision system operated with 99 per cent accuracy in the classification of the correct species based on the images collected by the robot cameras.”

He said one of the key problems is that weeds are becoming increasingly immune to chemical control. This is why it is important that an agricultural robot could not only detect, but classify the weed species on the spot and decide which actions to take to treat them.

“The light weight of AgBot II, which is about 600kg, will help reduce soil compaction that affects the yield by limiting the root development of the crops. Also due to weight, the robots can be deployed faster onto fields after rain to keep a tight control of weeds before they drop their seeds.

“In addition AgBots are designed to work in groups and this increases the reliability of weeding operations. If one robot has a problem and fails, the others continue operating. This is not the case with a single tractor or single sprayer operation.”

AgBot can be seen in operation in the video below.

The QUT team is currently in discussion with potential commercialisation partners to take the technology to Australian farmers.

QUT’s program on Strategic Investment in Farm Robotics (SIFR) is co-funded by the Queensland Government, through the Department of Agriculture and Fisheries.