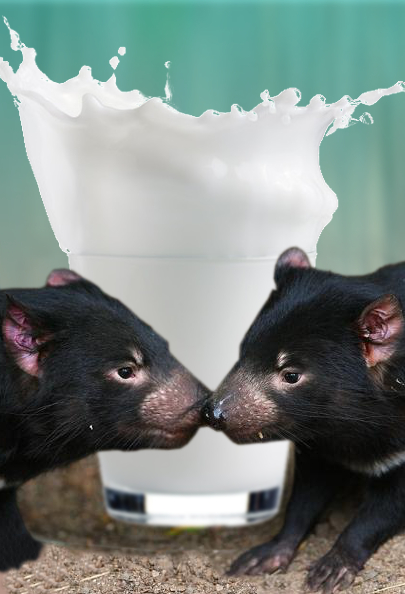 Scientists say Tasmanian devil milk could have incredible medicinal properties, for anyone bold enough to gather some.

A Sydney University team has analysed devil milk, shedding light on its ability to destroy bacterial and fungal infections, and even some antibiotic-resistant superbugs.

Antimicrobial properties of animal milk have been studied before, but researchers say it was not known how they benefitted Tasmanian devils.

The studies are part of the response to the contagious Devil Facial Tumour Disease (DFTD), which has wiped out up to 80 per cent of the animals in Tasmania since 1996.

Research published earlier this year showed some devils were developing their own resistance to DFTD, as growing numbers of juvenile devils were not catching the disease.

The Sydney University team now thinks it may be due to cathelicidins - the antimicrobial peptides in the milk of devils and other mammals.

In the latest study, experts extracted the cathelicidin sequence from the Tasmanian devil genome and used it to make artificial peptides.

The synthesised peptides were tested and found to be effective in killing pathogens, including the methicillin-resistant Staphylococcus aureus (golden staph).

The peptides appeared 3 to 6 times more effective than a common anti-fungal medication.

The fact that they also kill some superbugs shows potential for future development as an antibiotic.