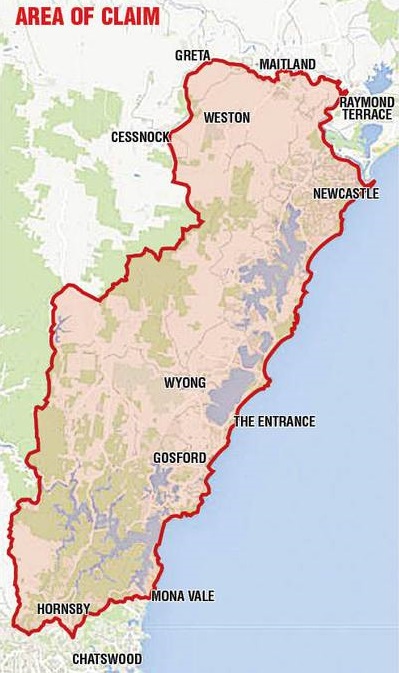 Councils are considering a native title claim which would see stewardship transferred for a large portion of Australia’s east coast.

The Awabakal and Guringai Aboriginal people have lodged a native title claim over an area that extends from Maitland to Hornsby on the New South Wales coast.

The large section of real estate covers all crown land in ten local government areas, covering essentially the entire Central Coast, and a big chunk of the Hunter and Sydney's northern beaches.

As of last night, the Gosford City Council was still considering its stance, indicating it would seek legal advice on the claim, and possibly consider becoming a party to the claim in the Federal Court.

“The traditional owners can have access to the land, so we can work side by side,” Pasternasky said.

The claim conflicts with some other Aboriginal groups’ entitlements, including the biggest private landowner on the NSW Central Coast - the Darkinjung Aboriginal Land Council.

Darkinjung Chief Executive, Sean Gordon says it is the right of the Awabakal and Guringai peoples to file the claim, and he will continue to stand by that position.

“We will not allow the [native title] legislation to divide the indigenous community,” Mr Gordon said.

“We won't get caught up in the debate.”

His land council is a party to the claim, which covers some of the most densely populated areas of the state.

If awarded it would mean as legal stewards of the land, the Aboriginal council must be consulted on all significant future developments.

A three-month notification, consultation and feedback period began from October 9, after the claim as lodged.

Any groups and individuals wishing to become a party to the claim or challenge it can do so by contacting the Native Title Tribunal during this period.