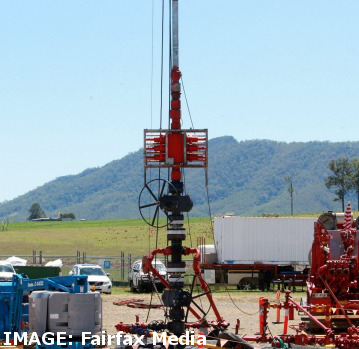 There is anger over claims that gas giant AGL delayed reporting the presence of BTEX chemicals in flowback water from its Gloucester CSG wells.

NSW EPA chief environmental regulator Mark Gifford says the EPA will not permit AGL to start operations at its newest Gloucester coal seam gas site until it is satisfied environmental risks will be mitigated.

“EPA officers have taken samples from all four wells at the Gloucester site and the storage tank and the results of those samples are currently being analysed,” Mr Gifford said.

Gloucester mayor John Rosenbaum says the regional council expelled AGL from its monthly Gloucester Dialogue program, which had allowed it to consult community representatives about the project.

Rosenbaum said AGL withheld information about the BTEX issue from the meeting.

AGL informed relevant agencies of the presence of BTEX chemicals in samples from one of its wells on January 27, and just one day later the EPA served AGL with a notice asking for the sampling results.

It also demanded quality assurance and control reports as well as other documentation to be handed in by 12 February.

“I can confirm that AGL has now provided all the required information to the EPA and we are currently reviewing it,” Mr Gifford said.

Gloucester Shire Council has also voted for AGL to halt its operations until issues over disposal of wastewater were resolved.