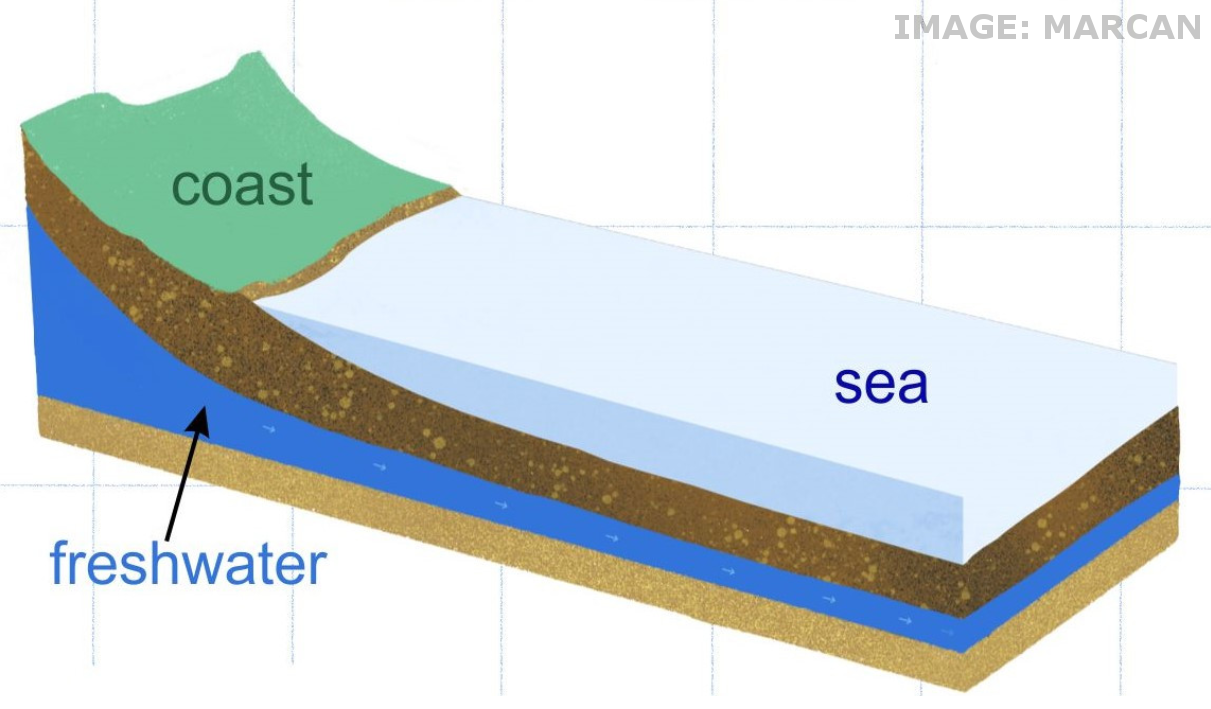 Scientists have discovered a giant reservoir of freshwater locked under the sea.

Marine geologist Dr Joshu Mountjoy has led the discovery of a very rare significant offshore aquifer off the east coast of New Zealand.

The aquifer lies just 20 metres below the seafloor, making the find one of the shallowest in the world. It extends up to 60 kilometres from the coastline and may contain as much as 2000 cubic kilometres of water.

Most of the freshwater became trapped offshore during the last three Ice Ages, when sea level was more than 100 metres lower than it is today, but it has since been partly replenished by groundwater flow from the coastline.

The discovery was made after a research vessel collected electromagnetic data on the region.

An electrical source was towed behind the ship and behind that was a line of receivers which record different signals depending on the electrical resistivity of the ground. Resistivity is strongly influenced by the amount of salt in the water locked up in sediments beneath the seafloor. This was then integrated with seismic reflection profiling and numerical modelling to determine the amount of freshwater beneath the seabed.

The project attracted funding from the European Research Council through the MARCAN project which is a five-year international programme investigating how offshore groundwater influences continental margins.

This allowed the structure of the aquifer to be mapped in 3D, revealing complex variations in shape and salinity.

“One of the most important aspects of this study is the improved understanding it offers to water management,” Dr Mountjoy says.

“If you’re going to manage the groundwater on shore and near the coast, you need to understand what the downstream limits are.”