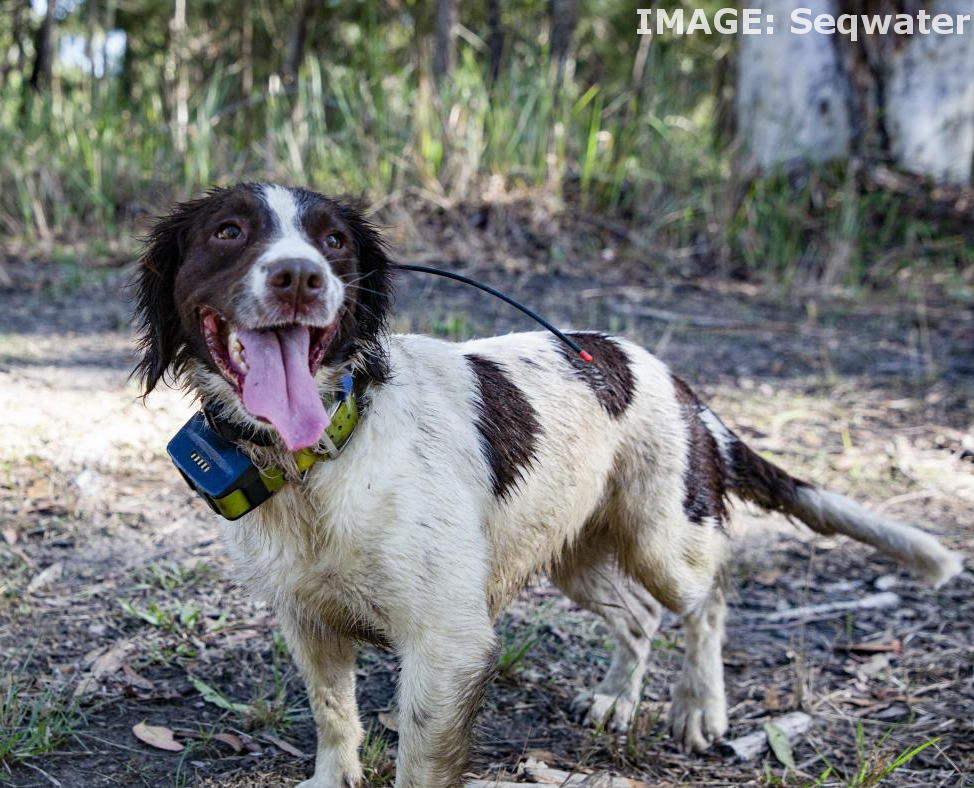 Highly-trained spaniels are being used to sniff out foxes around South East Queensland’s dam catchments.

A Springer Spaniel named ‘Halo’ and his handler Dennis Gannaway are working with Seqwater to control the negative impacts of foxes and other pest species as part of Seqwater’s pest management program.

Seqwater Biosecurity Officer Perry Ward said the Springer Spaniels were being utilised at a number of known fox territories within Seqwater sites across the region.

“Foxes are an introduced pest and as predators they are a major threat to biodiversity and native animals such as nesting birds and turtles – as they feed on the incubating turtle eggs and prey on hatchlings,” Mr Ward said.

“Under the Biosecurity Act 2014, managing biosecurity, is a key responsibility of Seqwater and includes the management of invasive animals and plants.

“Halo has been specially trained to identify foxes by their droppings, marking and dens. She is not trained to find the actual animal, only the scent of its presence in areas we are investigating.

“She is also trained not to go near a fox if she encounters one.”

Once the dens are tracked down by the dogs, Mr Ward said specialist contractors then fumigate the dens in accordance with the Biosecurity Act.

Mr Gannaway said five-year-old Halo had been working on fox detection for the past three years.

“English Springer Spaniels like Halo are a working dog breed, with traits that make them very effective for this line of work,” Mr Gannaway said.

“They have a very keen sense of smell, a placid nature and enormous stamina which allows them to work for long periods.

“In carrying out this work, Halo runs a specific grid pattern over an area that is suspected to contain dens. Once she picks up the scent, she follows it to its source and indicates the find by dropping to the ground and putting her nose on the scent.”

In addition to detecting pest animals, Mr Gannaway said he also works with Springer Spaniels that had been trained to detect underground treated drinking water leaks across the region.

“We recently completed a one-year trial with Queensland Urban Utilities and to assess the effectiveness of the dogs in South East Queensland conditions,” Mr Gannaway said.

“The dog, Danny proved very adept at locating leaks that are not visible on the surface. He is now deployed permanently surveying water delivery infrastructure in both urban and rural areas.

“The dogs have such a keen sense of smell that they are even able to differentiate between water leaking from a pipe underground and all other types of water on the surface.”