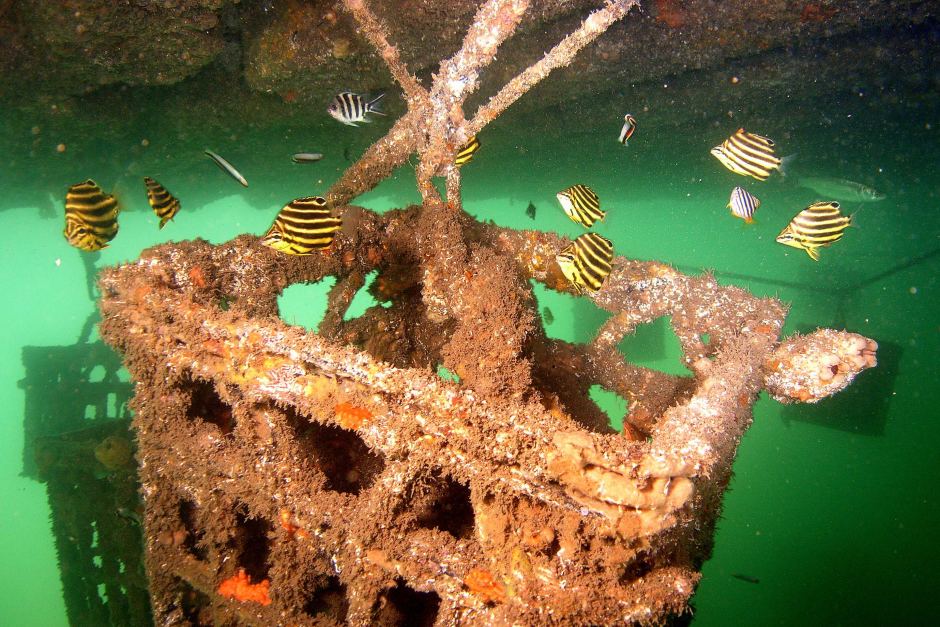 Australian researchers say they have worked out why artificial reefs attract more baitfish than natural reefs.

Using a high-tech fish finder called a ‘multibeam echosounder’, UNSW scientists have gained a 3D picture of five natural and three artificial reefs off Sydney during the day and at night across different conditions.

They found that the tall vertical habitats provided by the 9-metre-high artificial reef allowed baitfish such as yellowtail scad and mado to spread out and feed much higher above the seafloor while still remaining close to the safety afforded by physical structures.

Because they had a higher structure to protect them, these bottom-of-the-food chain fish also had more access to food – drifting plankton – than they would receive on a low-lying natural reef.

Thanks to the ‘meal delivery service’ of the East Australian Current consistently delivering a plankton as food, these baitfish are eating more, with subsequent benefits for their predators, including the bluespotted flathead, one of NSW’s most iconic commercial and recreational fish.

The experts say their findings have implications for the eight artificial reefs in New South Wales.

“Zooplankton and these small fish support around half of the fish biomass,” says study author Professor Iain Suthers.

“The schools of these small fish are sometimes referred to as a ‘wall of mouths’ as they persist over a reef and peck the zooplankton from the tidal flow.

The study describes the so-called ‘pinch point’ of the coastal food web and helps explain why reefs around Sydney can be such productive habitat for forage fish, despite a 50 per cent decline in kelp, which itself supports coastal food webs and subsequently fish off the NSW coast.

Lead author Dr Matthew Holland says that while artificial reefs can be more productive than natural ones, they are not necessarily a replacement for natural reefs.

“It is important that we preserve natural reefs as well to maintain this biodiversity.”