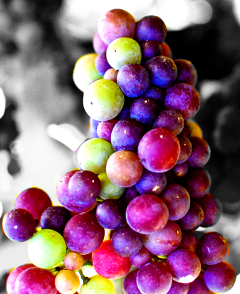 “When you look at what one megalitre brings back to regional communities in grapes, it's much more than what it does in other crops,” Mr Casella has told reporters.

“There's got to be a balance between a free market and benefits to the community.”

Before it called the election, the Morrison government had been considering recommendations from an Australian Competition and Consumer Commission (ACCC) inquiry into the Basin's water markets, which revealed claims of widespread manipulation and corruption in the market.

The ACCC said comprehensive and focused reform is needed to build trust and market efficiency, combined with greater integrity and transparency.

“One of the biggest issues that irrigators raised with us was the fact that the market reporting in comparison with, say the wool industry or the beef industry or the sheep industry is very poor in terms of the water market, and their confidence in trading in the water market is very much affected by the fact that you're scratching around for information or scratching around for reliable information,” ACCC deputy chair Mick Keogh said.

In October last year, the Morrison government appointed former secretary of the Department of Agriculture and Water Resources, Daryl Quinlivan, to work on a water market reform road map, to be delivered in June 2022.

Mr Casella says those reforms should include capping water allocations for crops that do not return as much value to regional communities as others.

“Not to criticise cotton or anything else or almonds for that matter, but the return is much lower per megalitre,” Mr Casella said.