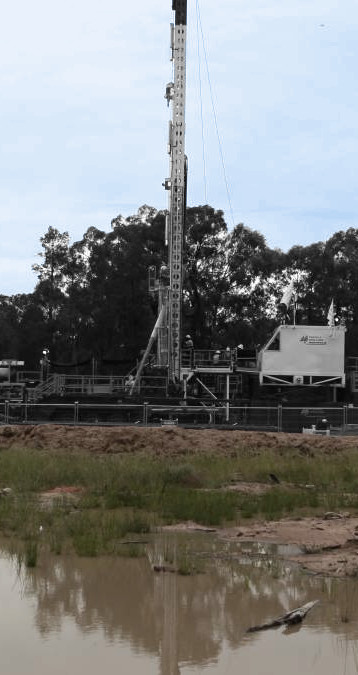 An expert has warned that a Santos CSG project in NSW could endanger drinking water supplies.

He says the statement contains no analysis of waste water from existing gas wells and has conflicting information on the project area’s proximity to the recharge zone for the Great Artesian Basin.

Santos is planning to sink 850 gas wells through shallow aquifers – which farmers and residents use for drinking, stock water and irrigation – into a hard layer of coal seams below.

Santos says the project will supply about 50 per cent of the state’s gas needs, but Dr Currell says it could come at the cost of drinking water.

“[The company and NSW government] don’t have enough monitoring wells in shallow aquifers or baseline chemistry data to get good picture of groundwater chemistry and levels of key CSG-related contaminants,” he told the Guardian.

He pointed to a 2014 report for the NSW Chief Scientist, which showed contaminants in water produced by CSG included high levels of sodium and trace levels of barium and boron, heavy metals, fluoride and ammonia.

Dr Currell said it is important to know what makes up the water from Santos’ CSG wells, but the company has not provided any data from wastewater tests in test wells in the area.

The shallow aquifers in the area produce particularly high quality water, but face a range of risks from the vast amount of waste water produced over the 25-year span of the proposed project.

“Using these [US] spill rates, which are based on tens of thousands of wells across the US, something on the order of 15 to 130 spills of wastewater could be expected to occur in association with the Narrabri gas project, if the planned 850 wells are drilled,” the expert writes.

Dr Currell said that much smaller CSG projects in the Pilliga had triggered a number of contaminations with just a fraction of the 850 wells in the Narrabri project.

The Narrabri shire council largely supports the plan, but raised a number of issues in its submission, reported by Fairfax.

The council is worried about environmental impacts and expressed a lack of faith in the NSW Government’s ability to monitor its effects.

Santos is now waiting on the approval of the planning assessment commission of the NSW government, as well as federal government approval after an assessment by and independent expert scientific committee due to the so-called ‘water trigger’ in the Environmental Protection and Biodiversity Conservation Act.

The NSW government’s decision is not expected until at least mid-2018.