Water-hungry mega-mine may not do what it says 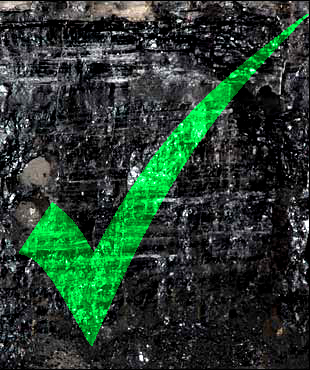 The federal government’s approval for the biggest coal mine in Australian history has many up in arms, but ministers say it should be worth it.

The Carmichael Coal Mine and Rail Infrastructure project will provide power for 100 million people in India and $5 billion per annum over 60 years through direct and indirect economic opportunities, according to the Federal Government.

But there is already talk that the numbers may be dubious, the 60-year forecast too optimistic, the market does not want more coal, and the project may actually hurt fossil fuel exports.

Furthermore, experts say the environmental offsets for the project are virtually meaningless.

Environment Minister Greg Hunt has joined Minister for Trade and Investment Andrew Robb in welcoming the massive Carmichael scheme, which had been stymied in negotiations for years but has now been approved with the “strictest” conditions.

Mr Hunt says the project will create 2475 jobs during construction and 3920 jobs during operations.

Adani Mining, the firm behind the $16.5 billion project, will have to pay for the return of at least 730 megalitres of water to the Great Artesian Basin every year for five years. The Government is claiming the water payback as an extension of the GABSI scheme.

GABSI is a water-saving scheme to cap old bores and replace drains with pipes, which some farmers say was looking like a great plan until its funding was put under threat.

Former chairman of the Great Artesian Basin Consultative Council and western Queensland farmer, John Seccombe, told the ABC he is sceptical of the amounts Adani is required to subsidise.

"Well it's fairly clear they are not footing the bill for GABSI they're contributing to a small number of bores over five years," he said.

"730 mega litres a year is equivalent to the average of about two flowing bores."

"So what Adani is being asked to do is to fund two flowing bores per year which is miniscule in terms of the work still to be done."

"It is only two bores and there is still hundreds to be down.

"It is misleading that Adani is being asked to fund the GASBI scheme," he said.

Neither the Environment Department nor Adani will reveal how much water the mine will consume, but conservationists estimate it will be vastly more than the offset amount.

Adani will be forced to monitor groundwater changes over the hundreds of square kilometres of uncleared land that will be levelled to build the mine. It must also contribute funding to help with the impacts on threatened species and local communities. To assist local animal species displaced by the mine, Adani has been forced to preserve about 30,000 hectares of habitat.

In exchange for these restrictions, the miners will be able to build Australia's largest coal mine and rail project at a site near Clermont in central Queensland.

Tim Buckley, former Citibank analyst and now director at the Institute for Energy Economics and Financial Analysis, has told Fairfax Media that the environmental approval itself was no surprise.

But he says the mine could actually have a negative impact on coal exports, at a time when international backers are shying away from fossil fuels.

“Ironically, should the Galilee proceed, it will actually accelerate the longer-term destruction of our coal export industry by dramatically expanding the capital invested, whilst at the same time taking coal prices globally down another 10-20 per cent.”

The approval has infuriated environmentalists, with Greens Senator Larissa Waters accusing the Environment Minister of ignoring the advice of the Independent Expert Scientific Committee (IESC); an independent government-back body, which raised concerns about likely impacts on groundwater at the site and in the adjacent Great Artesian Basin.

She also argued that the project puts the Great Barrier Reef at risk, as the major shipping channel for the extra 60 million tonnes of coal per year runs near the World Heritage-listed natural wonder.

“The notion that anyone will want to buy our coal in 60 years is economic lunacy,” she said.

“Off the back of repealing effective action on climate change, the Abbott Government has ticked off on a proposal for Australia's biggest coal mine to... turn our reef into a super highway for coal ships.”

“Australia should be leading the way on renewable energy rather than condemning India to worse air quality and subjecting the world to more extreme weather... so this project is economically foolhardy as well as an environmental disaster,” Senator Waters said.