Wary wait to see the cost of development 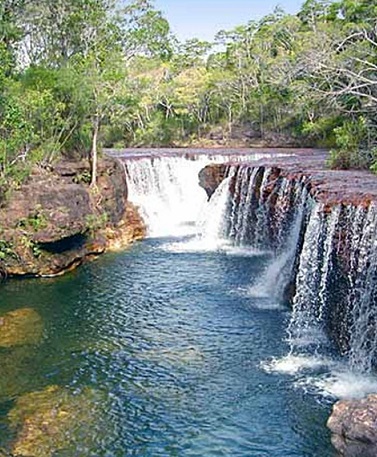 Community members in Far North Queensland are waiting to see what fate will be bestowed on them by the Queensland Government, with the state’s Deputy Premier saying he will all but disregard environmental authorities in favour of regional development.

Queensland Deputy Premier Jeff Seeney says advice from the UN’s World Heritage authorities will not factor in to his development-driving plans. In a region with a large contingent of ecologically-minded residents it may become an unwanted economic blessing.

“My interest is in bringing this regional plan in place to ensure that the communities on Cape York, the people who live there now and will live there in the future, have a strong, strong communities and an economic future,” Mr Seeney said.

“I've got no interest in the World Heritage nomination,”

Andrew Picone is a member of the committee developing the new regional plan for Cape York and a spokesperson for the Australian Conservation Foundation. He has stated that the government needs to reign in its grab for mining cash and lend some consideration to the fragile and immensely beautiful local environment.

Mr Picone says: “Because there is a frenzy of cutting green tape at both state and federal levels, we don't expect that this regional plan will actually deliver an improved conservation environment on Cape York,”

“In mining you take away the resources and in 10 or 20 years' time, when the next generation comes along, those resources aren't there and the natural values are either severely compromised or not present anymore... However, if enough people from the Cape York community - which realise the value of the natural environment to the region's economy - are given the opportunity to have a say about the regional plan, we think there is a slim possibility that we could get a reasonable outcome from this process.”

“Tourism's not the silver bullet, but I don't think mining is either,” he said.

“We've been talking to a lot of people across the Cape who really don't know much about this process, don't know what's going on, and are quite cynical about the plan actually delivering what it says it's going to deliver.”