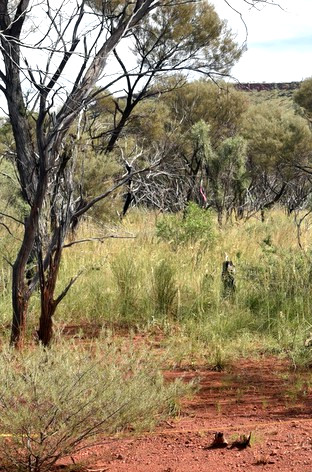 The new survey increases current estimates of global forest cover by 10 per cent.

The Food and Agriculture Organization of the United Nations (FAO) sent teams of scientists and from 15 organisations around the world to carry out an innovative new global analysis of the distribution of forests and woodlands across drylands.

This class of forest and woodland is difficult to measure globally using satellite imagery or other remote sensing because of the relative low density of the trees.

Using a new photo-interpretation tool developed at FAO, called Collect Earth, the team was able to overcome the limitations of automatic and often inaccurate categorisation of forest types of satellite imagery by using a simple validation check for tree number and density.

The survey was checked against the Terrestrial Ecosystem Research Network (TERN) for on-ground verification of the system.

“Just when we thought we knew the world, this project shows we are still improving our knowledge and description of natural systems,” says Professor Andrew Lowe, Chair of Plant Conservation Biology at the University of Adelaide’s Environment Institute.

“To ‘find’ an area of forest that represents 10 per cent of the global forest cover is very very significant, with broad consequences for global carbon budgeting and dryland restoration and management.

“It shows that dryland regions have a greater capacity to support trees than previously perceived and understood. With its low opportunity costs, dryland could therefore provide a unique chance to mitigate climate change through large-scale conservation and afforestation actions. It also shows the potential for improved livelihoods of the people in these areas.”

“The main reason for the underestimate of forest cover is that previous land type classifications have been based on older and lower resolution satellite imagery without any kind of ground validation,” says Associate Professor Ben Sparrow, leader of the TERN analysis team at the University of Adelaide.

“This new reassessment has been possible due to access to higher resolution satellite imagery, through Google Earth Engine, as well as the incorporation of ground validated information from TERN’s ecological plots.”

The study identified dryland forest across all inhabited continents, and concentrated to the south of the Sahara desert, around the Mediterranean, southern Africa, central India, coastal Australia, western South America, north-east Brazil, northern Colombia and Venezuela, and northern parts of the boreal forests in Canada and Russia.

The differences in coverage estimates are most significant in Africa, where the estimates have doubled.