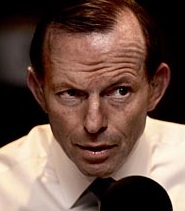 The Federal Government’s modification of Australia’s policies and general stance on climate change has been criticised by international authorities, prompting the Prime Minister to claim one expert did not know what she was talking about.

The executive secretary of the UN Framework Convention on Climate Change, Christiana Figueres, this week criticised Prime Minister Tony Abbott and members of the federal cabinet for their efforts to repeal the carbon tax. Ms Figueres says the moves will be costly in several ways.

“They're going to have to pay a very high political price and a very high financial price,” Figueres said.

“The route that they are choosing to get to the same target that the previous government had could be much more expensive for them and for the [Australian] population.”

“What the new Government in Australia has not done is it has not stepped away from its international commitment on climate change, so what they're struggling with now is not what are they going to do but how are they going to get there.”

“I think the official in question is talking through her hat, if I may say so,” he told a radio interview.

“Climate change is real as I've often said and we should take strong action against it. But these fires are certainly not a function of climate change, they're a function of life in Australia,” PM Abbott said.

“Tony Abbott is the Prime Minister for science denialism. He thinks his opinion on global warming outranks the evidence of the best scientists in the world. It is arrogance in the extreme,” Senator Milne said in a statement.

“The real losers out of his science denialism are the future victims of extreme bushfires, droughts and storms in Australia.”