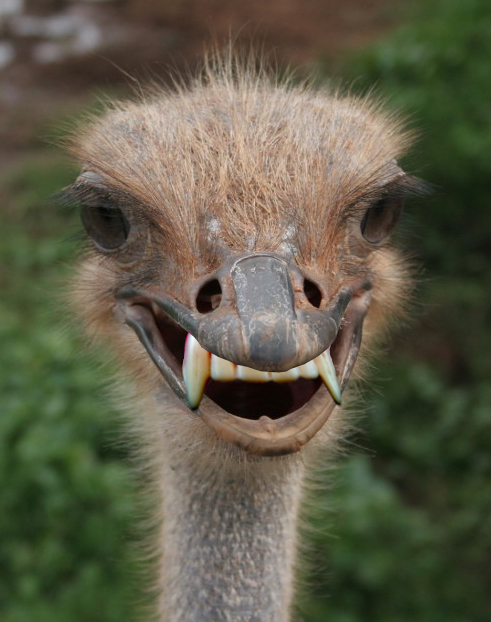 The phrase “rare as hen’s teeth” would have made little sense until 116 million years ago, as new research shows up to then many birds had a full set of pearly whites.

Earlier studies have shown that tooth genes became inactive at a relatively similar time among birds, turtles, and multiple mammals.

The absence of teeth or “edentulism” has evolved on multiple occasions within vertebrates including birds, turtles, and a few groups of mammals such as anteaters, baleen whales and pangolins.

Where early birds are concerned, the fossil record is fragmentary.

One question that has intrigued biologists is; Based on this fossil record, were teeth lost in the common ancestor of all living birds or in a convergent change among two or more independent lineages of birds?

A research team led by biologists from several US schools says it has found an answer.

Using the degraded remnants of tooth genes in birds to determine when birds lost their teeth, the team reports in a new issue of Science that teeth were lost in the common ancestor of all living birds more than 100 million years ago.

“DNA from the crypt is a powerful tool for unlocking secrets of evolutionary history,” says researcher and biology professor Mark Springer.

“One of the larger lessons of our finding is that ‘dead genes’, like the remnants of dead organisms that are preserved in the fossil record, have a story to tell,” he said.

“Ever since the discovery of the fossil bird Archaeopteryx in 1861, it has been clear that living birds are descended from toothed ancestors,” he said.

“However, the history of tooth loss in the ancestry of modern birds has remained elusive for more than 150 years.”

Tooth formation in vertebrates is a complex process that involves at least six essential genes for the formation of dentin (DSPP) and enamel (AMTN, AMBN, ENAM, AMELX, MMP20).

Researchers examined these six genes in the genomes of 48 bird species, which represent nearly all living bird orders, for the presence of inactivating mutations that are shared by all 48 birds.

The presence of such shared mutations in dentin and enamel-related genes would suggest a single loss of mineralized teeth in the common ancestor of all living birds.

The team found that the 48 bird species shared inactivating mutations in both dentin-related and enamel-related genes, indicating that the genetic machinery necessary for tooth formation was lost in the common ancestor of all modern birds.

For comparison, all six genes are still functional in the American alligator, a representative of Crocodylia, the closest living relatives of birds.

“The presence of several inactivating mutations that are shared by all 48 bird species suggests that the outer enamel covering of teeth was lost around 116 million years ago,” Springer said.

Base on this fossil and molecular evidence, the researchers saw a two-step scenario wherein tooth loss and beak development evolved together in the common ancestor of modern birds.

In the first stage, tooth loss and partial beak development began on the anterior portion of both the upper and lower jaws.

The second stage involved concurrent progression of tooth loss and beak development from the anterior portion of both jaws to the back of the rostrum.