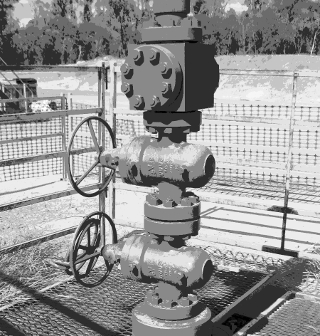 A parliamentary inquiry in Victoria has recommended that the state’s ban on coal seam gas (CSG) extraction should continue, but cannot decide how long it should last.

It said the potential industry should wait until more is known about the public and environmental health risks of the process known as ‘fracking’.

The committee's final report was tabled this week, and was almost immediately criticised for only doing half its job.

The report handed to the Legislative Council on Tuesday called on the Government to undertake more health and water studies on coal seam gas extraction, increase its water monitoring, and improve rights for landholders when mining firms decide to frack on their land.

Meanwhile, it called for the existing ban on the controversial practice to stay in place, but could not come to a decision as to whether it should remain for five years or indefinitely.

Committee chair David Davis said it was a significantly complex inquiry that was “sold short” by a lack of scientific and administrative support.

But Greens spokesperson Ellen Sandell said that was a “cop out”, and a stronger stance should have been taken.

The inquiry’s findings came just weeks after an auditor-general's report into the sector found that Victoria was not in a good place to respond to the risks and impacts of lifting the moratorium.

The auditor-general’s report found that regulations were not strong enough, environmental controls were too weak, ministerial discretion too broad, and there was almost no consideration of the conflicting interests for land use.

“Until they get the science right and the extraction methods right, where it's not going to have any environmental impacts, then and only then do we want to see coal seam gas mining happening,” Victorian Farmers Federation president Peter Tuohey said.

“We have some real concerns around the environmental impacts, so we need to see the science proven that it's going to be safe and isn't going to have any detrimental effects, particularly to ground water.”

Oil and gas companies have warned that even keeping the ban for five years would be enough to discourage investment and drive up gas prices.

Energy and Resources Minister Lily D'Ambrosio said the Government would keep an eye on gas prices.

“Responsible governments ought to consider outcomes on a whole range of areas as a result of one or more policy positions being taken by government,” she said.

“Prices certainly are dependent on a whole range of issues and a sensible government needs to consider any possible impact on prices that may arise.”