Report cuts to core of water risk in QLD 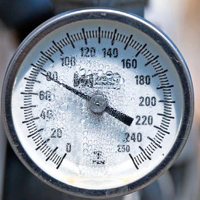 A new report says millions of litres of water are at risk from proposed coal mines in Queensland’s Galilee Basin.

A report has been commissioned by the Lock the gate Alliance – vocal anti-CSG campaigners – which indentifies nine proposed mining projects putting 1,300 gigalitres of water at risk.

Former State Government manager for water planning and allocation Tom Crothers contributed to the report as well, saying: “Over the projected life of the mines - and some are up to 90 year mines - we anticipate that between 870 and 1,350 gigalitres of ground water will be extracted from the systems.”

Mr Crothers’ concerns extend to grazing and water supplies in central west Queensland towns including Alpha and Jericho. These are also the centres where the Lock the Gate Alliance counts some of its most prominent advocates for the rights of farmers and landowners.

The report states an amount of water could be lost “equivalent to 1.5 to 2 .5 times the water in Sydney harbour.”

Queensland’s acting Premier Jeff Seeney said the state’s world-class standards for environmental approvals would ensure that impacts were considered. The state has however come under criticism recently for massively diminishing the standards of its environmental approvals – allowing projects to go ahead which pose clear threats to environmental resources. There has been recent outrage at the perceived lack of environmental awareness in the approvals of projects near the Great Barrier Reef, Bimblebox Wildlife Reserve, Gladstone Harbour and Fraser Island, among others.

The report is by no means the definitive word on the effect of mining on groundwater, but it is a topic that requires further investigation if the Queensland government wants to ensure the future for several generations, rather than profits in the short-term.

Mr Crothers said destroying a water table lasts a lot longer than the benefits of mining: “The implications are very, very long term - potentially some people out there may lose water forever,” he said.