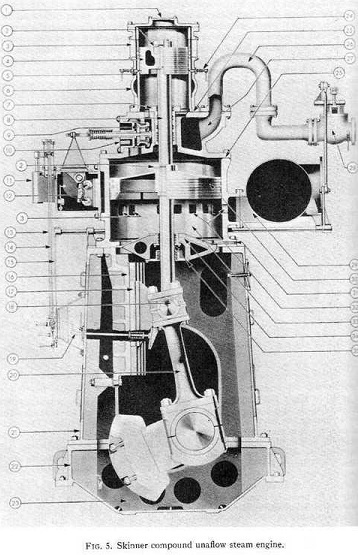 Australian engineers are bringing back the steam engine, revamped as a cheap storage medium for solar power.

A new system is being plugged as an easy fix for many wasteful systems, operating on the distributor level and behind the meter, far cheaper than traditional solar combined with batteries.

Renewable energy executive Robert Mierisch launched his quest to revive the forgotten power source after a visit to the Skinner steam engine display at the Smithsonian museum.

The Skinner Unaflow steam engine, which was used in ships during the nineteen-forties, has been re-jigged for the modern day after a 4-year collaborative effort from Mierisch and Steve Bisset - another Australian expat and Silicon Valley entrepreneur.

The Terrajoule company is the commercial arm of the two scientists’ invention, which will soon bring a demonstration system into operation theoretically able to generate 100 kW for 24 hours per day.

Their idea is deceptively simple; combining solar power and a storage engine to provide a constant stream of electricity. Using an array of parabolic trough receivers that collect solar energy to create steam to drive the engine, the big improvement came from exploiting the difference in pressure between the cycles of the engine.

When the sun is shining and pressure is high the steam is used to power the high-pressure part of its cycle, producing power and using excess steam to power a backup system of intermediate pressure. The remaining energy is captured by condensing the exhaust steam into an insulated tank of water, which heats and pressurizes the water.

When people are drawing more power from the system in peak times of the day, the pressurized water in the tank is flashed back to steam which then drives the low pressure stages of the steam engine.

The combination of the high and low pressure engine phases provides constant power on demand, like a diesel generator, but without burning fuel.

The basic design is over 200 hundred years old, showing the value of digging through history to find lost keys to the future.