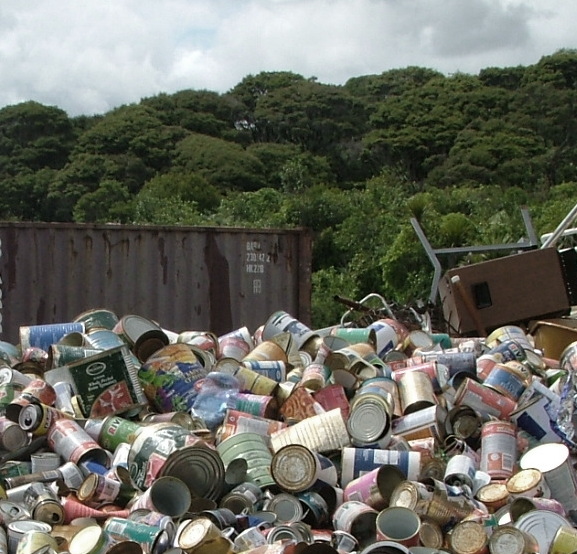 The Queensland Government says it wants the state to stop being used as a dumping ground.

Nearly a million tonnes of rubbish was trucked in to Queensland from over the border last financial year, almost three times the amount received in 2014-15.

The state - particularly in areas around Ipswich, near Brisbane – has been taking in rising amounts of waste since the former LNP government scrapped a waste levy in 2012.

About a fifth of Queensland's landfill intake now comes from interstate.

Queensland Premier Annastacia Palaszczuk want to introduce a levy so Queensland would “not be the dumping ground for New South Wales”, but has not provided much specific detail.

“This is waste generated by big construction companies in Sydney and trucked to Queensland by unscrupulous operators in the waste industry,” she said.

“We will reintroduce a waste levy so no-one takes advantage of Queensland anymore. I think it's only fair that big companies pay to dispose of their waste and not Queensland residents.

“We will stop the trucks. And I say this to New South Wales: you keep your rubbish.”

Deputy Premier Jackie Trad says the levy will be higher than the $35-per-tonne rate charged in Queensland in 2011, while noting that other states charge between $60 and $70 per tonne.

She also said the levy would not directly impact Queenslanders,’ though the opposition has labelled it a “wheelie-bin tax”.

“How we will do that? We will do that in consultation with the Local Government Association of Queensland [LGAQ] and with councils,” she said.

LGAQ president Mark Jamieson said councils would not support a levy that increased costs for households.

“We do need to recognise there are now some very acute challenges facing industry and governments at all levels in regard to waste management and processing, but they cannot be solved simply by introducing a waste levy,” he said.

The State Government has been working on a new waste and recycling strategy following a report into the state of the industry undertaken by Justice Peter Lyons QC.

It says the levy will be determined by feedback from a newly created stakeholder advisory group and the public.

The CEO of the waste industry lobby, the Waste Management Association of Australia’s Gayle Sloan, said the levy would need to be between $50 and $70 to stop illegal cross-border transportation.

The Queensland opposition has disputed Ms Palaszczuk’s “guarantee” that Queensland residents would not bear the burden of the waste levy.

Opposition environment spokesperson David Crisafulli said the Government should police the issue, rather than try to make money off it.

“It is reaching into people's hip pocket and taking money out that belongs to them and putting it into the Government's consolidated revenue,” he said.

“Brisbane doesn't seem to have a huge issue with interstate dumping.

“So can't we police those dumps rather than asking someone in Cairns who's struggling to make ends meet to pay another tax?”