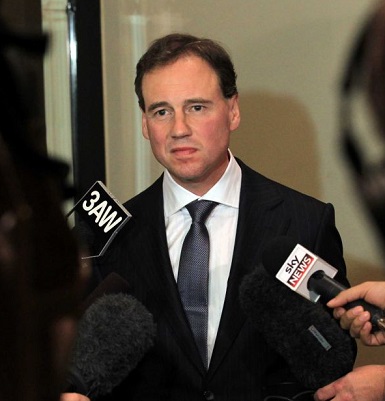 There has been massive backlash to a decision announced recently by the new federal government, to dissolve the bank which has been set up to fund projects for Australia’s energy future.

New climate action minister Greg Hunt reportedly confirmed overnight that the government would axe the Clean Energy Finance Corporation (CEFC). The CEFC exists to provide funds for various programs which aim to release the country from its reliance on diminishing energy sources, focussing instead on gaining power through less destructive, renewable means.

The CEFC has provided $560 million worth of grants for advancing programs such as rooftop solar panels, plus solar and wind farms.

Climate researchers, environmentalists, conservationists and many others who do not currently own oil companies have come out strongly against the decision. CEFC chief executive Oliver Yates says the government seems not to understand the point of the funding: “We're here to actually help the economy move from a high-carbon economy to a lower-carbon economy as efficiently as possible,” he said.

Mr Yates says the fund’s commitments have been more than doubled by subsequent private sector investment, drumming up around $1.6 billion through co-financing schemes.

But that is apparently not successful enough for the new federal government, which is looking to take back billions set aside to be distributed by the CEFC. Greg Hunt said he would be willing to meet with the CEFC before pulling apart their hard work, but his conclusion may be foregone.

“We will of course meet with the board and the executive once ministerial arrangements have been confirmed and any swearing in has occurred, but our position is very clear - our policy is very clear,” Hunt said, “we have always said we do not support the creation of a $10 billion green hedge fund.”

Climate Change Researcher Dr Ben McNeil from the University of Sydney understands that traditional forms of energy will run out, but doubts the new government’s is aware, saying: “The newly elected government, I think, is probably the most anti-environment government we've ever had, in the sense that Tony Abbott has long been a climate sceptic, he's long been quite anti a lot of environmental policies.”

The Corporation cannot be shut down without approval from both houses of Parliament, though there has been some concern over how valid the CEFC will be considered by newly-elected parties based on guns, cars, sport and other non-environmental policy platforms.