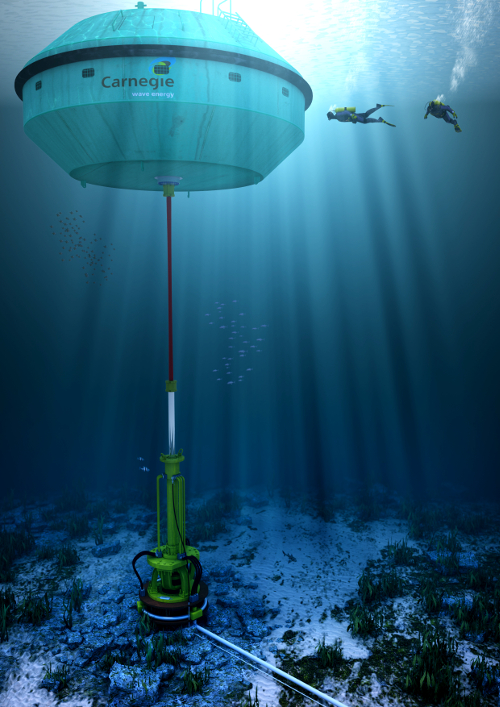 A naval base in Western Australia will be powered by a world-first energy supply.

For the first time, a wave-power farm has been connected to the electricity grid, to supply Australia's largest naval base, HMAS Stirling.

Perth-based Carnegie Wave Energy has switched on its $100 million wave-energy project, which was partly funded by a $9.96 million contribution from the WA Government’s low-emissions energy development fund.

The wave-power system uses buoys placed beneath the ocean surface. When waves move the buoys, the system gathers hydraulic pressure that flows to a plant onshore and is converted to power.

In addition to powering HMAS Stirling, the system will run a small desalination plant to supply about a third of the base's fresh water needs.

The system currently consists of just two buoys, generating 1 megawatt each, but a third will soon de added.

The submerged units can power the equivalent of up to 2,000 households.

“Our wave resource in Western Australia is the best in the world, and theoretically the resource that hits our coastline every day could power the state 10 times over,” Mr Ottaviano told the ABC.

“Across the country, it's the best in the world as well, and the resource there could power the country twice over, so the opportunity is huge and Australia should be a world leader in this particular technology because we've got the best resource.

“We've specifically designed the technology to be scalable and one of the main aims of this project was to show you could plug multiple wave units together and have them operating in sync.