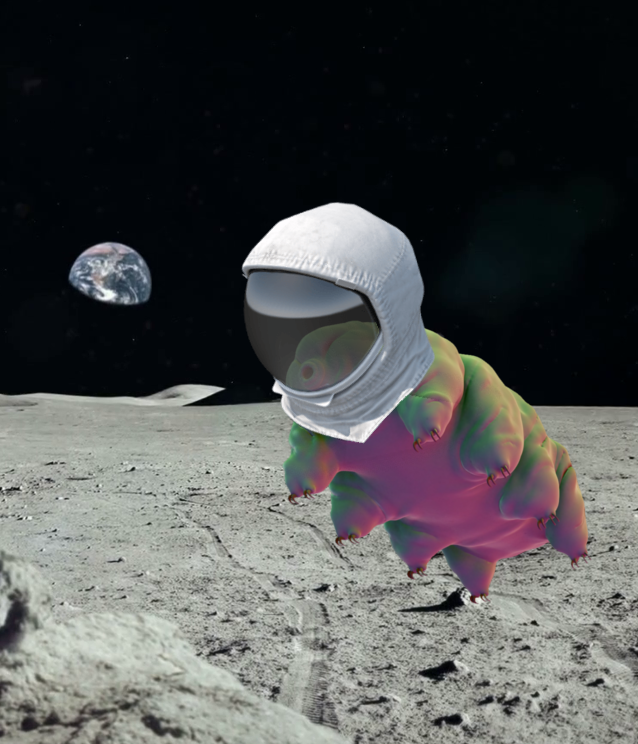 There is probably life on the Moon, because mankind sent it there.

An Israeli spacecraft designed to carry a repository of human knowledge crashed into the Moon earlier this year.

It was an awkward end to a highly noble endeavour, which had aimed to spread and preserve humanity for eons after other evidence is lost.

The shuttle - known as Beresheet - held a time capsule of digital files on special storage media, including a copy of the Torah, children’s drawings, dictionaries in 27 languages, Israeli songs, memories of a Holocaust survivor, an entire backup of Wikipedia and some living cargo.

Beresheet was carrying a few thousand tiny tardigrades – known as the toughest animals on Earth.

Tardigrades are chubby little 8-legged creatures measuring only a few millimetres at maximum, which have made their lives on mountain tops, in scorching deserts, and even subglacial lakes in Antarctica.

They have survived tests in which they were frozen in liquid helium and boiled at 149℃.

They are also known to be able to survive in the vacuum of space – and are expected to have survived Beresheet’s crash onto the Moon.

“Tardigrades can survive pressures that are comparable to those created when asteroids strike Earth, so a small crash like this is nothing to them,” says tardigrade expert and astrobiologist at the Adam Mickiewicz University in Poznań, Lukasz Kaczmarek.

The creatures will have gone into a ‘tun state’; shrivelling into a seed-like pod, expelling nearly all of their water and cutting metabolism, leaving them resembling a tiny pebble. They can lay dormant in this state for years on end, requiring no food, water, or even an atmosphere, and remaining largely immune to radiation.

Experts agree the tardigrades almost certainly survived the crash, and would re-awaken if only the Moon had water.

“I could be possible to bring them back to Earth and then add the water. They should resurrect,” said Dr Kaczmarek.

While the idea of abandoning innocent bugs so far from home is distressing to some, it is even more concerning that humanity has infected a pristine environment with potentially destabilising life.

Luckily, the Moon is considered lifeless, so NASA’s office of planetary protection allows the spilling of Earthly organisms on its surface.

Indeed, Apollo astronauts left behind their own microbes in 96 bags of human waste that remain on the Moon.

It would be a much more serious scientific concern if the spacecraft had spilled its living cargo on Mars.