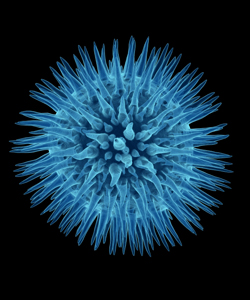 The millions of microbes we all carry can change the way our DNA works.

Researchers have known for some time that diet affects the balance of microbes in our bodies, but how that effects the host has not been understood.

Now, research in mice is showing that microbes communicate with their hosts by sending out metabolites that act on histones - influencing gene transcription not only in the colon but also in tissues in other parts of the body.

The findings have been published in Molecular Cell.

“This is the first of what we hope is a long, fruitful set of studies to understand the connection between the microbiome in the gut and its influence on host health,” says John Denu, a professor of biomolecular chemistry and one of the study's senior authors.

In the study, the researchers first compared germ-free mice with those that have active gut microbes and discovered that gut microbiota alter the host's epigenome in several tissues.

Next, they compared mice that were fed a normal chow diet to mice fed a Western-type diet - one that was low in complex carbohydrates and fibre and high in fat and simple sugars.

Consistent with previous studies from other researchers, they found that the gut microbiota of mice fed the normal chow diet differed from those fed the Western-type diet.

“When the host consumes a diet that's rich in complex plant polysaccharides [such as fibre], there's more food available for microbes in the gut, because unlike simple sugars, our human cells cannot use them,” explains researcher Federico Rey.

The next step was to connect changes in metabolite production to epigenetic changes.

When they looked at tissues in the mice, the team found differences in global histone acetylation and methylation based on which diet the mice consumed.

“Our findings suggest a fairly profound effect on the host at the level of chromatin alteration,” Denu explains.

After looking at the tissues, the researchers found that the epigenetic signatures in the mice with the supplemented water mimicked the mice that were colonised by the microbes that thrive on the healthy diet.