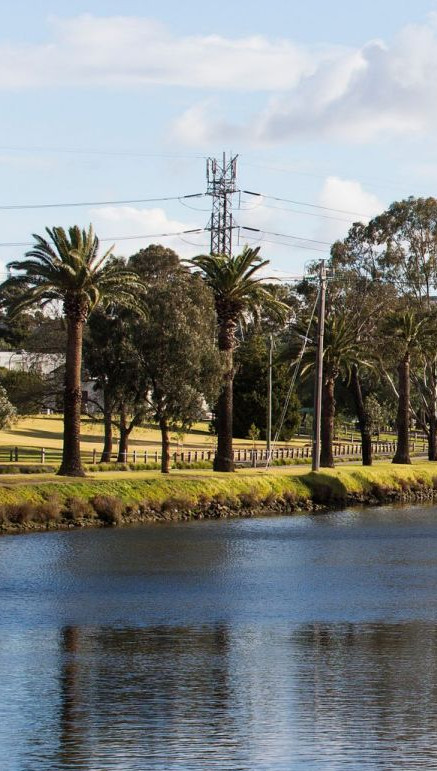 Melbourne residents are being told to steer clear of certain rivers.

Melbourne Airport has studied PFAS contamination at its facilities, and found that the toxic chemicals previously used in firefighting foams has spread beyond the airport's boundaries.

Airport authorities found that several sites along Deep Creek and Arundel Creek, which both feed into the Maribyrnong River, contain PFAS at unhealthy levels.

But the Melbourne Airport Authority says “unacceptable health risks due to direct contact with surface water is considered unlikely”.

“This is because the guideline number is based on a person swimming in a water body every day of the year for up to two hours a day,” it said.

“The frequency of swimming, wading or other human contact in the creeks surrounding the airport is expected to be much lower than this.”

Melbourne Airport passed on its data to the state’s Environment Protection Authority (EPA), which has now warned Victorians not to fish, swim or allow their pets in Arundel Creek or in the Maribyrnong River, upstream of the Calder Freeway to Deep Creek.

“We're really pleased to see the announcement this week that EPA Victoria is undertaking further assessments of PFAS in waterways around the airport,” said Grant Smith from the Melbourne Airport Authority.

“However even without all the information we'd like to have, we've been making progress on steps to address the presence of PFAS at the airport.”

Melbourne Water says the airport is not within its drinking water catchment.

The Australian Government says there is no strong evidence of a relationship between the chemicals and disease, but US studies have linked one of the group of PFAS chemicals to cancer.