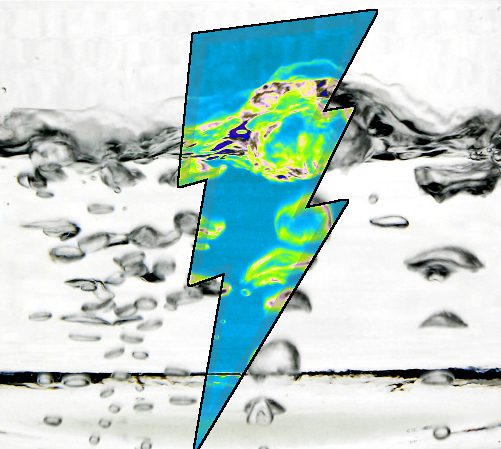 A new solar fuel generating device can produce hydrogen fuel at 22 per cent energy efficiency, breaking the previous record of 18 per cent.

The device splits water into hydrogen and oxygen by passing an electric current through it.

“Electrochemical splitting of water could provide a cheap, clean and renewable source of hydrogen as the ultimately sustainable fuel. This latest breakthrough is significant in that it takes us one step further towards this becoming a reality,” says lead researcher Professor Spiccia from Monash University.

Her fellow researcher Professor Doug MacFarlane attributes the breakthrough to the expertise of the research team, which has found new ways to tune the process to work most effectively with high-efficiency commercial solar cells.

Professor MacFarlane says hydrogen is the ultimate in clean fuels because it contains no carbon and produces no carbon dioxide.

“Hydrogen can be used to generate electricity directly in fuel cells. Cars driven by fuel cell electric engines are becoming available from a number of car manufacturers,” he said.

“Hydrogen could even be used as an inexpensive energy storage technology at the household level to store energy from roof-top solar cells.”

The project was made possible by the collaborative tools at the ARC Centre of Excellence for Electromaterials Science.

The centre brings together a group of more than 100 researchers across six locations in Australia, with the goal of making sustainable energy sources cheaper and more accessible to help society cope with the increasingly serious climate change and ocean acidification issues stemming from fossil fuel use.

More details are available in the full report, here.