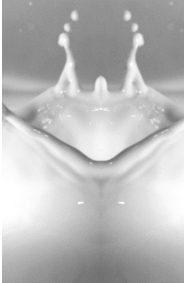 Millions of dollars are being poured into an Australian lab-grown milk project.

The company has been working on milk that has the same taste, look and sensory feel as normal dairy milk, produced in conjunction with the CSIRO at a plant in Victoria. Eden Brew is now stepping up smaller-scale commercial production.

About 15 per cent of the Australian milk market is now made up of products that were never part of a cow, including soy, almond and oat milk.

Eden Brew is targeting this growing alternative segment, tapping into concern about climate change and methane produced from the staggering number of cows in dairy herds.

The company’s CEO, Jim Fader, says CSIRO developed the science behind the product, allowing it to produce the same proteins found in milk from a cow using “precision fermentation”.

Most of the protein in cow’s milk is formed in microscopic cage-like structures called ‘micelles’, which fill with calcium and give white milk its unique characteristics.

CSIRO’s technology allows Eden Brew to make casein micelles in the lab and use them to ‘brew’ an artificial milk which is frothy and creamy and low allergenic.

The company received its latest funding injection from Main Sequence, the CSIRO’s venture capital unit, which has $490 million in funds under management. Main Sequence is also one of the main shareholders in v2food, the plant-based “meat” producer behind new patties at major fast food chains.

Eden Brew says the new millions will help it continue to refine its process, ready for it to partner with more big players as it scales up the technology.