Industry hits back at unfriendly power-plays 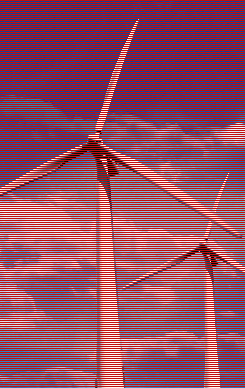 Treasurer Joe Hockey’s poorly-received comments about a New South Wales wind farm do not befit a person of his position, one energy operator says.

“I find those wind turbines around Lake George to be utterly offensive,” Mr Hockey now infamously said during a radio interview earlier this year.

In its submission to the federal government’s review of the Renewable Energy Target, renewable energy developer Epuron Energy says “personal statements” such as those from the Treasurer were not only “inappropriate from the bearer of such office,” but reflected of the low standing renewable energy systems have within the LNP government.

Business lobbies have recently claimed that Australia actually risks overshooting its mark and generating more renewable energy than planned, which they argue means the target should be reduced.

But the green energy company said the target was still valid, and that Mr Hockey risked undermining investor confidence and the creation of jobs and economic growth.

Epuron noted that Hockey’s comments would hit companies in his own Northern Sydney electorate, which saw part of $3.5 billion invested under the RET.

New Deloitte modelling, commissioned by fossil-fuel-linked business interests, shows the target will cost billions of dollars due to higher power prices, lead to the loss of jobs, and overshoot its objective.

“Investors have been attracted by Australia’s stable investment climate and are now concerned by a number of issues,” the Epuron submission said.

Those issues are the scope of the RET Review Panel’s task combined with the personal statements by senior federal politicians hitting confidence in the renewable sector.

“Joe Hockey would take down the wind farm that offends him but he is in a small minority,” Epuron argued.

“In a beauty contest of power generation wind energy would win hands down.

“Regardless, and fortunately, beauty is not a consideration in planning for or investing in power generation.

“Companies in the North Sydney electorate which Joe Hockey represents have invested $3.5 billion under the RET and there is the potential for a further $6.6 billion of investment – solely from companies in Joe Hockey’s electorate.”

The Epuron submission stressed that the RET works, and has provided much-needed certainty and confidence.

“Given the ongoing relevance and widespread popularity of the key objectives of the RET we respectfully recommend that nothing in the Renewable Energy Target legislation be changed as this is the fastest way to extinguish fears of regulatory risk and settle down the investment community, enabling the objectives of the Act to continue to be met,” claimed the submission –signed by Epuron directors Martin Poole and Andrew Durran.

“Not changing the RET will ensure billions of dollars of investment and create thousands of jobs across Australia and provide the most cost-effective clean energy for Australian electricity consumers, most of whom support the RET.

“Not changing the RET will continue to ensure downward pressure on wholesale electricity prices. The RET also mitigates the impact of increasing gas prices in eastern Australia when CSG export starts in 2015.”