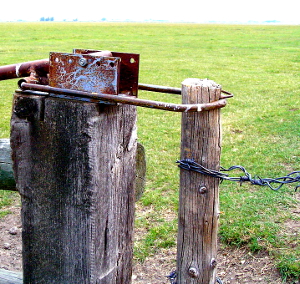 Concern is mounting within the powerful Minerals Council of Australia and its NSW state-level affiliate.

Reports say the recent approval of veto powers for NSW farmers over CSG developments has ruffled many feathers between the two big mining bodies.

Minerals Council of Australia (MCA) CEO Brendan Pearson says miners should be able to access the land they need.

Pearson has told the Australian Financial Review that the laws “would leave the development of Australia’s natural resources hostage to the noisy few at the expense of the collective interest of the many”.

Decision-making powers should stay at the federal level, he says.

“It would be a significant concern if state governments began to embrace all alternative approach that surrendered their control over their natural resource endowment,” Mr Pearson said.

The NSW Mineral Council says the deal struck between Santos and AGL in relation to particular projects would not be extended state-wide.

“We would expect there’d be calls from some of the more zealous anti-mining activists for this sort of agreement to be extended but we don’t expect it to be and we don’t believe it would need to be,” NSW Minerals Council chief Steve Galilee said.

NSW Resources and Energy Minister Anthony Roberts rejected rumours that the landowner agreements would be extended to other sites, saying future investors can approach the state with the same expectation as ever.

There has been concern that the deal, authored by department staffer Adrian Pryke, will impact investors’ interest in the state.

Origin Energy chief Grant King told the AFR that it is just another reason he prefers Queensland.

“At the end of the day we always believed that the opportunities we already had in our business in Queensland and in Asia Pacific LNG were the best opportunities for us,” King said.

Former Federal Resources Minister Martin Ferguson has unleashed on the deal, saying it is against the national interest.

Mr Ferguson was Resources Minister in the Rudd-Gillard government and now works for a UK mining firm which is bidding on CSG in Queensland.

“This sets a dangerous precedent in New South Wales and it could affect things like a solar farm, a wind farm, a railway development, a key piece of national infrastructure in terms of a telecommunications or national highways,” he said.

“We have to have the capacity, following proper negotiations with farmers or any other landholders, to make decisions in the national interest in terms of development of our resources.”

The long-time leader of the Australian Council of Trade Unions said such deals were “a lawyer's delight.”

“This is now saying to the legal fraternity, go and knock on the door of the farmers, let's hold out and refuse to negotiate, and effectively we're going to force the price up of potential outcomes,” he said.

Those in support of the deal say it shows mining companies sometimes have interests other than profit in mind.

“We had been told by many companies for a number of years that this is how they operate, but we asked them to put in writing.”

“We congratulate Santos and AGL on their willingness to take a leadership role within their industry in Australia and recognise that respecting landholder rights is a cornerstone of any social licence when it comes to working with farming families and rural and regional communities.

“We strongly encourage other CSG operators in NSW to show their commitment and sign up to this agreement,” he said.