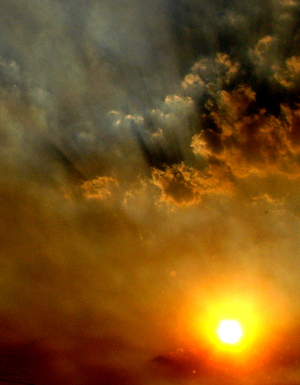 California’s carbon offset program was established to utilise the ability of trees to absorb and store carbon and applies to around 75 per cent of statewide emissions allowances.

The program allows forest owners to earn ‘carbon credits’ for preserving trees. Polluters buy credits so that they can emit more CO2 than they would otherwise be allowed to under state law.

Each credit represents one ton of CO2. This exchange is supposed to balance out emissions to prevent an overall increase of CO2 in the atmosphere.

To ensure this balance, carbon pools should permanently store carbon. However, trees are only temporary carbon pools.

As California law requires a storage duration of at least 100 years, the California Air Resources Board, which implements the state’s primary climate law, has developed a self-insurance mechanism called a buffer pool.

The buffer pool is meant to absorb any losses when trees in participating forests die and release their carbon back to the atmosphere.

But recent research says that carbon losses from wildfires within the offset program’s first 10 years have depleted at least 95 per cent of the contributions set aside to protect against all fire risks over 100 years.

Likewise, the potential carbon losses associated with a single disease and its impacts on a single species are large enough to fully hinder the total credits set aside for all disease- and insect-related mortality over 100 years.

“In just 10 years, wildfires have exhausted protections designed to last for a century. It is incredibly unlikely that the program will be able to withstand the wildfires of the next 90 years, particularly given the role of the climate crisis in exacerbating fire risks,” says researcher Dr Oriana Chegwidden.

The climate crisis is accelerating and intensifying risks such as wildfires, diseases, and droughts. From the results, it looks like California’s buffer pool is not prepared to deal with such risks.