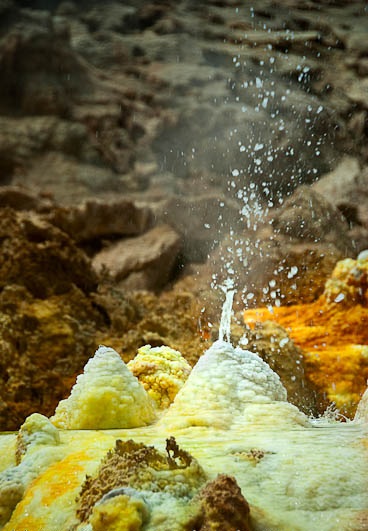 A deal has been signed that should see the construction of a 1000 megawatt geothermal electric plant in Ethiopia worth an incredible $4 billion.

Ethiopian officials have completed the deal with Reykjavik Geothermal to build the plant to supply energy both for local consumption and export.

The massive geothermal farm will sit about 200 kilometres south of the capital Addis Ababa, in the Corbetti Caldera region.

It will be built in two phases; the first seeing 500 megawatts worth of capability installed by 2018, with the remainder to be running by 2021.

The large-scale engineering project is the biggest direct foreign investment in Ethiopia right now, and on completion will be one of the highest-capacity geothermal stations on the planet.

Three quarters of funding for the project comes from Reykjavik Geothermal, while the remaining 25 per cent will be borrowed from as-yet unconfirmed sources.

Chief executive of the Icelandic-American Reykjavik Geothermal firm, Gudmundur Thoroddsson, says where it is possible – geothermal is an incredible form of renewable energy, because it does not rely on climate conditions such as sunlight or wind.

Geothermal energy will have a source as long as the inside of the Earth is hot – which it will be for quite some time.

“This is an epic moment for all of us ... bringing Ethiopia to the forefront of geothermal development,” Thoroddsson said

“For 50 years, everyone has known that there was potential, but the initial risk and initial cost of developing geothermal is high,” said Reykjavik Geothermal managing director Thorleifur Finsson.

“After we managed to develop many sites in Asia and America, eyes have been opened that there is a possibility and ... today's technology has minimized that financial risk,” he said.

“There is huge potential.”

In an analysis since the announcement, Bloomberg New Energy finance analyst Mark Taylor said: “This could be the thing that cracks open the market – for this company and for others to develop more projects there... it could widen the base for geothermal development in the region.”

Ethiopia is a perfect example of the benefits of large-scale renewable energy, with projects like these capable of producing sufficient amounts of energy for very little cost – once they are complete.

The new geothermal site will be added to the African nation’s renewable repertoire, including the 6,000-megawatt Grand Renaissance Dam on the Nile, to be completed in 2017.