Effective and only farm school plan could go 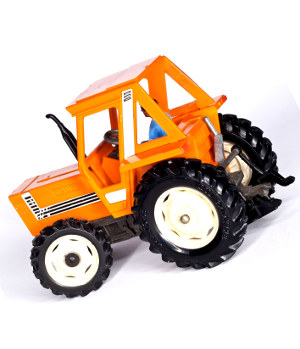 The single program for getting young people into agriculture may be cut, with reports that the Primary Industry Centre for Science Education has already lost its national headquarters.

The Primary Industry Centre for Science Education - or PICSE (pronounced ‘pixie’) – had been based at the University of Tasmania, but has now lost its home due to a lack of funding.

The university says government money has dried up and it cannot afford to keep the program itself.

PICSE engaged teachers across the nation, helping them encourage their students to think about agricultural industries. It also planned camps and outdoor activities to give students direct experiences with farming and farm life.

One of the greatest challenges facing the aging agricultural sector is in attracting the next generation of farmers, graziers and producers, and PICSE has been the sole scheme for help on a national level.

PICSE was first formed in 1998 for Tasmanian farms, but was then adopted as a nation-wide plan in 2007.

The University of Tasmania has administered the scheme with the help of $1 million in Federal Government funding per year, but now says that it has had to go it alone for several years now.

“That source of funding dried up in 2011, and we've kept the program going from local support which includes local business support as well,” UTAS’ dean of Science, Engineering and Technology, Professor Margaret Britz has told the ABC.

“But we really are unable to be responsible for a national program, which is not actually up to the University of Tasmania to do.”

“Some of our university partners in other states were backing out of the program as well,” she said.

“They have also said; ‘Well, it's been a great program, we're happy to have participated, but we can't see how we're going to sustain the level or the quality of the program locally either’.”

“Really getting in, meeting with teachers face to face, and getting them out into areas of primary production,” Mr Stockwin told reporters were key benefits.

“[It's] showing teachers firsthand what modern production in the industry actually looks like, and for a lot of teachers that's really an ‘ah-ha!’ moment,” he said.

“That then inspires them to come back and share with their colleagues and teach directly to students,” he said.

“The gaps that we've identified are still there in terms of student and teacher knowledge,” he said.

He says some universities have flagged the possibility of housing the program on their campuses.

Successful elements of the PICSE program will reportedly be retained for local implementation in Tasmania.