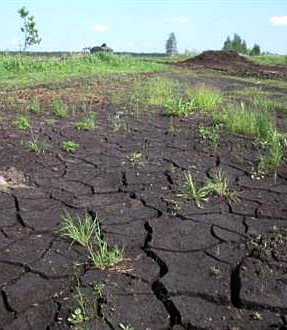 Scientists say threats to agriculture should be faced in the least efficient sectors first.

A new study looked at which crops or farming practices pollute the most for every calorie they provide.

The CSIRO contributed to the detailed assessment of agriculture's contribution to global greenhouse gas emissions, which was designed to reveal which crops are the most at risk, and which are the most destructive.

They found that the least efficient practices and crops included drained peatlands, which are used around the world for agriculture.

Peatland drainage – which is concentrated in Europe and Indonesia - accounts for 32 per cent of all cropland emissions, despite peatlands producing just 1.1 per cent of total crop kilocalories.

Similarly, growing rice in paddy fields, particularly in Vietnam where production is very high, was highlighted as a big carbon contributor.

The experts say climate change mitigation strategies should focus on locations where the most 'inefficient' crops are intensively grown.