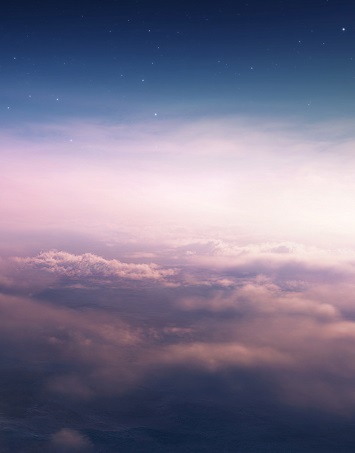 In the same week that international scientists publish clearer evidence of humanity’s influence on climate change, the Australian government is reducing its focus on pollution, the environment and science itself.

A global team of researchers including some from Australian institutions have published a report in the latest Proceedings of the National Academy of Sciences of the USA (PNAS). The study details ongoing comprehensive inquiries into the causes of temperature changes in the Earth’s environment.

New satellite data was assessed alongside previous figures, and results compared across 20 different climate models and between institutions. Decades of data was used to assess the vertical structure of atmospheric temperature change from the troposphere (lower levels of the atmosphere) to the stratosphere (upper reaches bordering space).

The new paper also builds on one of the first complete looks into humans’ contribution to climate change. It is the expansion of a 1996 article titled 'A search for human influences on the thermal structure of the atmosphere'.

Contributing researcher and ARC Fellow with the University of Adelaide's Environment Institute, Professor Tom Wigley said it was great to solidify previous knowledge: “With this paper we have built on our earlier work with another 20 years of data that adds further strong evidence for the human impact on our climate,” the Professor said.

“Other published work has already shown a convincing and growing pile of pebbles of evidence for the dominant role of humans in climate change. Our paper adds a huge boulder to that pile.”

The study is considerably more comprehensive than previous efforts and has allowed better definition of exactly what humans have done and are doing to influence the state of the planet. The study shows a clear pattern of warming temperatures in the troposphere and cooling temperatures in the stratosphere, changes that are the characteristic signature of human activity.

“One of the standard skeptic 'arguments' is that all the observed changes are caused by natural variability, and often supposed to be due to solar activity,” Professor Wigley said.

“What we have shown beyond a shadow of doubt is that the climate changes we are observing cannot be due to the Sun or any other natural factors,”

“There is simply no other way to explain the changes... other than as a result of human influences - primarily greenhouse gases and related pollutants like sulphur dioxide emissions and gases that affect the atmospheric concentrations of ozone.”

The new report comes in the same week as the new federal government is sworn in, including a drastic retraction of focus on the environment, climate, science and research – while turning focus and funds toward sport and business investment.

Australia is set to face at least three years with virtually no government ministers dedicated to pursuits without a direct economic gain. Given that not all functions of government are meant to make money – it will likely lead to uncertainty for members of the education, healthcare, science, environment, arts and human rights sectors.

One backbencher from the Coalition party has questioned his teams’ motive in removing a number of valid portfolios, clumping previously separate functions such as social research and climate studies into the ‘industry’ portfolio.

Dr Dennis Jensen has a PhD in materials science and physics and is the Liberal party Member for the West Australian seat of Tangney.

Dr Jensen said in an interview this week: “I'm somewhat confused about what's happened with the science portfolio. It's not just completely with the industry portfolio, there's parts of it within education which will make it a somewhat schizophrenic policy area.”

“There are numerous issues related to science that need to have a very clear focus, and certainly splitting it into two portfolios is not going to provide that clear focus,” he said.

“It appears that we don't have a coherent policy on it,”

The man who will be sworn in as Minister for Industry and therefore the scientific portfolio, Ian Macfarlane, says the future of science in the country rests on the capability of public servants in Canberra.

“I guess in the end it's how good your department is and how good your staff are and I'll be trying to make sure I hire the best staff possible and I've got absolute confidence in the calibre of the public servants in Canberra,” Macfarlane said.

“I think anyone who knows me knows that I am a bit of an invention and innovation, freak and gadget person,” he said.