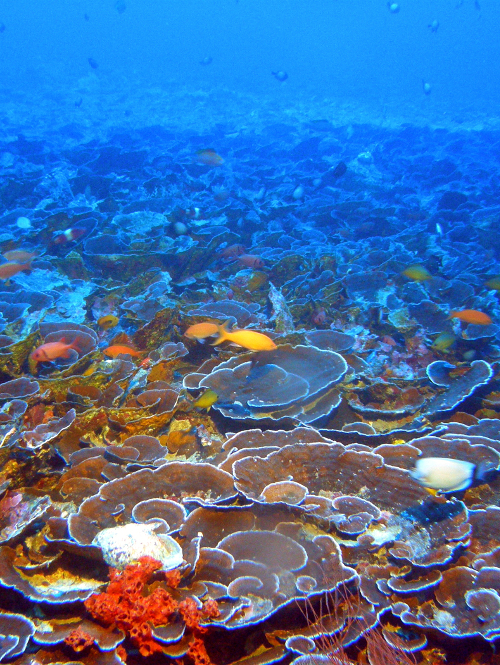 Australian reef fish populations are being dominated by generalist species, rather than species adapted to specific habitats or niches, according to new research.

Shallow reefs and the creatures that inhabit them are changing due to rising ocean temperatures, but these impacts have been obscured by a lack of comprehensive local data.

A team of researchers in Australia has been tracking changes in the country’s reefs for over a decade, and in a new paper, they describe how they used fine-scale data to illustrate how warming waters impact tropical and temperate reef fish communities differently.

The combination of datasets provided a comprehensive picture of what is happening on reefs than would be imaginable for any other continent.

The research teams looked at habitat change – coral bleaching, for example – and temperature change and found that impacts varied depending on the reef’s location.

Fishes on temperate and subtropical reefs appeared to show the signs of temperature change more, and tropical reef fishes seemed to be more affected from habitat change.

After a 2011 marine heatwave warmed waters in southwestern Australia, temperate reefs saw an influx of tropical fishes that hung around for years after the event.

The team also examined how a loss of coral and kelp cover resulted in less unique fish populations.

Regions in northeastern Australia showed evidence of habitat degradation that has led to fish populations dominated by generalist species, rather than niche species adapted to specific habitats.

“Climate change clearly has a huge impact on marine biodiversity, with changes we observed around the Australian continent over short time scales indicating that much larger changes are likely over the next half century as ocean warming progresses,” write the authors.