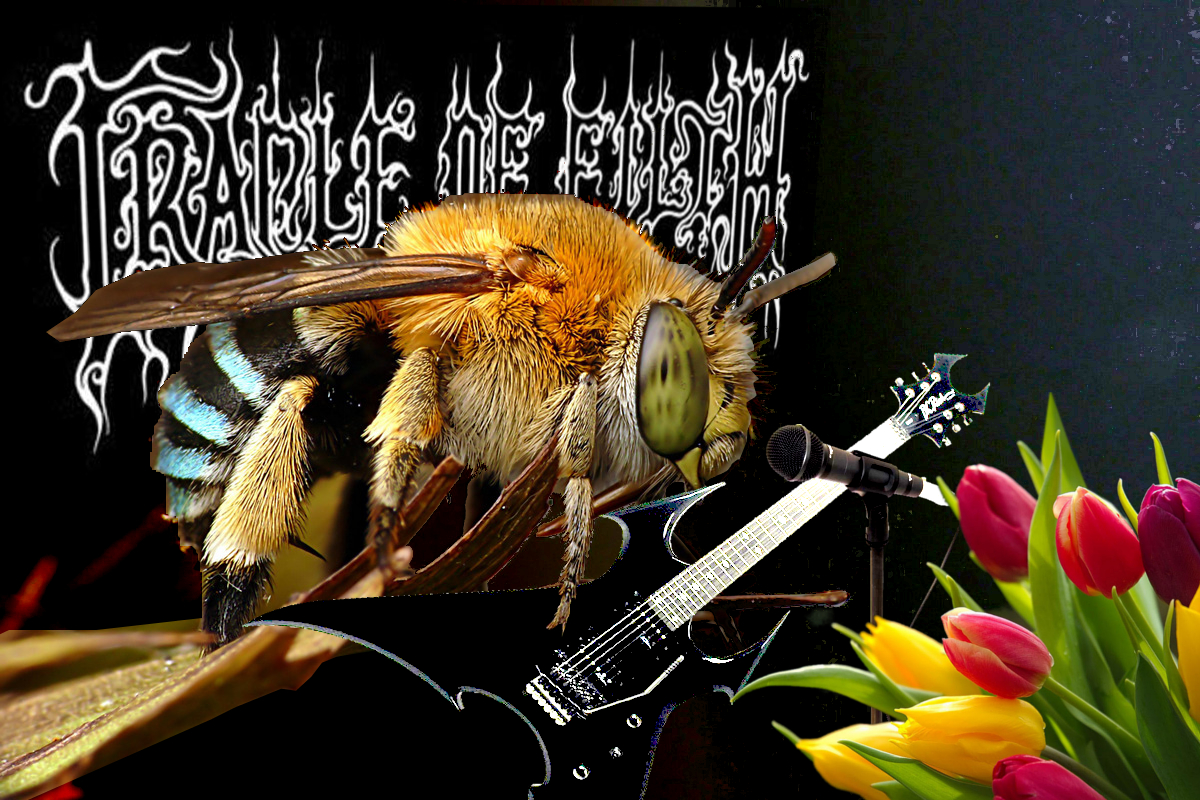 Australian native blue-banded bees have been filmed banging their heads into flowers up to 350 times a second.

The technique causes vibrations that release pollen into the air similar to the motion of a salt and pepper shaker, helping pollinate the flower.

Like the Ozzy Osbournes of the insect world, the bees head bang their way to dizzying success.

Much more than a mere biological curiosity, the discovery could open the door to advances in areas ranging from improving the efficiency of certain crop pollination to better understanding muscular stress and the development of miniature flying robots.

While their American counterparts grabbed hold of the tomato plant flower with their mandibles before tensing their wing muscles to shake the pollen out, super slow motion footage revealed Australian bees prefer a “hands-free” approach.

The research team found that by recording the audio frequency and duration of the bees’ buzz, they were able to prove the Aussie bee vibrates the flower at a higher frequency than overseas bees and spend less time per flower.

With bumblebees not found on the Australian mainland, local greenhouse tomatoes are pollinated mechanically.

“Our earlier research has shown that blue-banded bees are effective pollinators of greenhouse tomatoes,” say bee specialist Dr Katja Hogendoorn, from the University of Adelaide's School of Agriculture, Food and Wine.

RMIT researcher Dr Sridhar Ravi, from the School of Aerospace, Mechanical and Manufacturing Engineering along with Harvard colleague Callin Switzer, who did the filming, say it was the first time the phenomenon had been observed.

“We were absolutely surprised. We were so buried in the science of it, we never thought about something like this. This is something totally new,” Dr Ravi said.