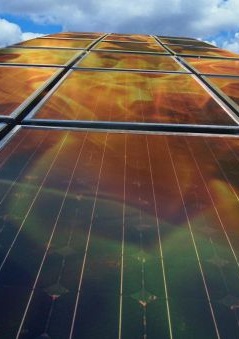 New homes could have their power and hot water provided by a single device, now approved for use.

A new hybrid solar panel technology has been deemed eligible for use as both solar power and solar hot water applications in one – the first of its kind in Australia.

The combined units have been taking off in Europe and are now certified for use in any residential, commercial or industrial application as part of a whole system conforming to the rules of the Solar Hot Water Register – meaning any experienced installer can work with the system.

The new panels look just like traditional solar power panels, but serve multiple duties. Combined PV and heating panels have already been used in pool heating applications in Queensland and Victoria, but can now be applied in the home.

The owner of one company which supplies the newly-approved device said: “If you want PV, why wouldn’t you get solar thermal, and vice-versa? There are one million pools in Australia – we could attract 1 to 5 per cent of that market.”

Pool-owners often give up the benefits of solar for their homes by dedicating roof space to pool heaters, but now they can have both.

The new units are the latest in a growing trend of democratised power-generation units. There are some who believe this is the direction the energy market is heading, where eventually people will own their own independent power sources – and ‘the grid’ may not be a grid at all.