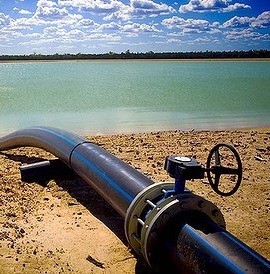 A NSW community action group says there is no problem with gas supply, and there is no need for gas giant AGL to continue fracking activities in sensitive environmental areas.

The Manning Clean Water Action Group says the Australian Energy Market Operator has revealed that there are no supply shortages in any of Australia's eastern gas markets.

The group says it shows there is no need for AGL to push ahead with its pilot coal seam gas project in Gloucester.

“One of the key arguments from AGL is that there is going to be a gas shortage in NSW,” Action Group President Chris Sheed told ABC reporters.

“It's become apparent that there is no looming gas shortage in NSW, so really they have no arguments left to justify them pursuing the risky fracking of our water catchment.”

“The pressure is on AGL from all quarters, but the main pressure needs to come from the State Government,” he said.

“Which needs to say, no we are not going to turn Gloucester into a sacrificial zone for corporate greed, we are going to support Gloucester in the development of sustainable industries.”

AGL has issued a statement saying increasing gas supplies would put downward pressure on gas prices, which would offset a predicted reduction in demand.